In urban settings nearly everyone recognizes the benefits of trees.  They not only keep us cooler in the summer and buffet the winds of winter; they just make us feel better.  Street tree plantings, long in abeyance in many parts of the state, seem to be regaining momentum in urban planning.  Let us consider the street tree. 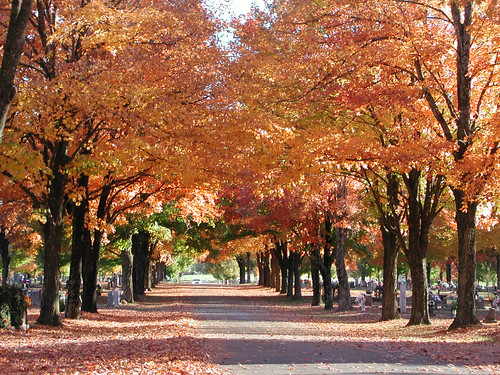 Boulevard, avenue or allee plantings are perhaps the oldest style of landscape planting, dating back at least 3,500 years.  Each generation and civilization has adapted it to their specific needs and used it to achieve a look of refinement not easily achieved by other arrangements of plants in the cities we build.

In a strange perversion of language, the term “parking” as in parking lot, parking garage or parking space was morphed from an attempt to make street scapes more habitable.  In 1870 the U.S. Congress, in an attempt to dress up Washington, D.C. so it would become one of the great capitols of the world, passed laws allowing 50 percent of the width of a street be used for creating “parks for trees and walks.” These linear parks were adopted by other large cities and process became known as “parking.”  Then, as now, there was lively debate about whether it was better to have parking down each side of the street or a central island of trees down the middle of the boulevard. 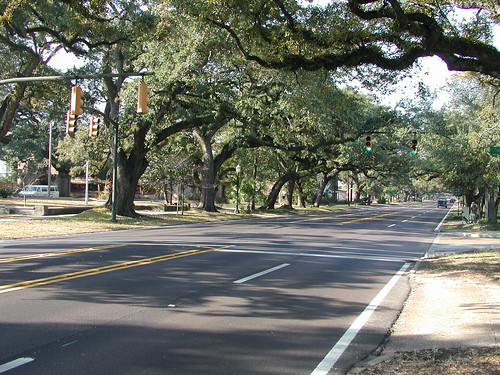 But in 1870, Congress could not have imagined the impact Mr. Ford would have on transportation.  In 1900 there were 8,000 automobiles in the country; by 1920, 8 million.  So the trees were cut down, the streets widened and space once dedicated to trees turned into parking spaces for cars.

The kind of trees best suited for these linear parkways varies widely with climate and the available space, but some common features can be identified.

Size matters when selecting street trees.  Generally speaking, trees in the moderate size category of 40-60 feet at maturity work best for street plantings when the intent is to provide some shade.  If the intent is to have a planting of flowering trees for their aesthetic value, or when there are overhead utility lines, then mature height of half the above mentioned values are appropriate.

If the tree is to overhang the roadway the branching pattern of the tree must be upright with the first branches of the tree at least 10 feet off of the ground.  Because the average semi trailer is about 12 feet tall, ascending branching patterns are important.  Pin oak, because its branches droop with maturity, makes a terrible street tree but shumard oak or overcup oak, with their ascending branches, work well along roadways.

Tidiness counts, too, when selecting a street tree.  London plane trees are popular street trees because of their size and toughness, but they have big leaves and present more of a litter problem than a smaller leafed tree such as the lacebark elm.  In addition to tidiness you want trees that are structurally sound and won’t fall apart in ice or wind storms.  The Bradford pear was considered a great street tree for the first 15 years it was planted but then its weak branching pattern became apparent and all trees are now gone from the scene.

But of all the factors governing the selection process, survivability is probably most important.  Large cities report a 30 percent loss rate for street trees five years from planting.  So the ability of a species to establish in poorly drained, compacted soils, tolerate heat and drought and survive insults such as road salt are critical requirements.  If a species has a reputation as being “difficult to transplant” it is not a good choice for a street tree planting.

The best street tree for a particular location is at best a subjective guess.  Some planners put all their eggs in one basket and choose a single species for the boulevard planting.  Others mix and match, creating patches of different species.  But, given reasonable attention during planting, attention to watering during the establishment years and some luck, street trees can make our urban spaces more livable places.