Plant of the Week: Pines and fire

Fire has been in the news lately, and is a reminder that we humans are not magically beyond the reaches of the natural world. As a force, it has shaped whole landscapes - such as the prairie regions of the world – and helped define the nature of specific plant species. Pines provide a convenient way of describing evolutionary strategies used to survive in a fiery world. 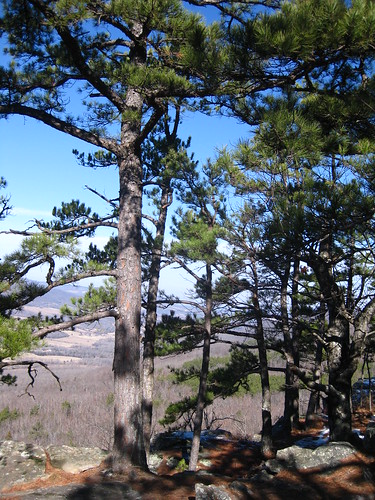 The 125 species of pines are uniformly distributed across the northern hemisphere in North America and Eurasia. That they are found here is explained by the fact that pines must have arisen after Laurasia separated itself from the supercontinent of Pangea sometime during the Paleozoic, or longer than 250 million years before present (mybp). The oldest known pine fossils date to about 140 mybp with phylogenetic studies estimating these conifers probably arose between 150 and 190 mybp.

Ecologists have separated pines into three principle groups in response to fire. They are the avoiders, the tolerant and those species that embrace fire as a part of their evolutionary strategy.

The fire avoiders are species that have found an evolutionary niche where they retreated to low fertility, cold or hot climates where flowering plants simply couldn’t flourish. White pine and its close 5-needle pine relatives belong to this group. They typically grow in cold, moist climates at northern latitudes or at higher elevations. Pines such as the Great Basin Bristlecone pine and others of its ilk have adapted to survive extreme drought conditions. In both of these climatic niches, fire is not a routine issue so the species have developed thin bark and wind-borne seed dispersal.

Fire tolerant species – including our native shortleaf and loblolly pines – both show the principle characteristics of this group. They have relative thick bark, self-pruning lower branches and a crown that is a long way from the ground. As long as the trees are old enough before having to endure a fire, they create enough shade that undergrowth is minimal and is killed off when a fire passes through. The longleaf pine of the gulf coastal plains has a five to 10 year resting “grass” stage that would seem vulnerable to fire, but the tight cluster of needles protects the apical bud and protects it until conditions are right for it to flush.

The fire embracing pines are those that grow in areas that periodically experience devastating fires, opening large swaths of land for regeneration. Typically, they occupy less productive sites where the crown will never grow high enough to escape a ground fire. They retain their lower, dead branches and often have serotinous cones that only release seeds after being heated by a fire. These species – think the Virginia pine or the Scotts pine – have thin bark and short needles and are grow in areas where there are episodic drought conations that might result in a fire every 30-50 years.

Depending on the climatic conditions, some pines, such as the lodgepole pine of the western states, have evolved populations that show all three strategies for dealing with fire depending on local conditions.

Arkansas has been mostly spared devastating forest fires. But if you live in the woods and want to plant pines, planting fire tolerant species seems like a good idea.