That children are little sponges, always absorbing information from the world around them, is often made painfully clear when little Johnnie or Suzy cuts loose with a few choice expletives at an inappropriate time. I absorbed some natural history lessons while glued to the cartoons and spaghetti westerns of my youth, learning about such things as Tasmanian devils and yellow-bellied sapsuckers. At the time I assumed they were fictional beasts, but of course both are real. 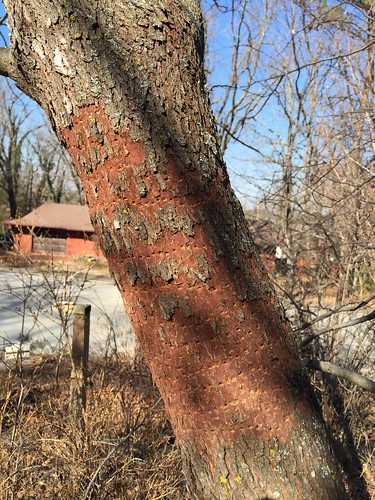 Yellow-bellied sapsuckers are a kind of woodpecker that feeds on sap instead of grubs buried inside a tree. Four species of sapsuckers are recognized with the yellow-bellied the most common across North America. It is a migratory woodpecker of the eastern deciduous forest that moves north into Canada during the spring and south in the fall, overwintering in a broad region of the southern states and as far south as Central America.

The yellow-bellied sapsucker is a smallish woodpecker, ranging in size from 7-8 inches in length. It has an elongated white wing stripe when at rest that differentiates it from many of its kin. Male birds have a red topknot, bordered by bands of black and white, and red throat whereas females usually do not have a red topknot and have a white throat. The underbelly of the males has yellow-tinged feathers.

Sapsuckers produce two kinds of holes, known as feeding wells to birders. The holes are arranged in concentric circles around the tree and spaced an inch or so apart. From a couple to a dozen or more concentric rings may form. These woodpeckers are territorial and return to the same tree year after year.

In the spring they drill deep, round holes about the size of a pencil into the xylem (sapwood) of the tree. At that season the sugars stored in the roots are being transported to the branches and can contain from 6-10 percent sugar. In the summer, once the leaves have appeared, sugar transport reverses and the leaves send sugars to the roots through the phloem (cells just beneath the bark of the tree). These holes are shallow and elongated in form and must be worked often during the summer to keep the sap flowing. To feed their young, sapsuckers harvest ants, spiders and other insects that visit the feeding wells during periods of sap flow.

From my early years watching the old black and white TV I learned yellow-bellied individuals (I think the cartoons added sapsucker to my vocabulary) were cowards who wouldn’t stand up and face down the bad guys when the need arose. This insulting idiom dates back to Europe as far as the 17th century and has several possible origins. The first use in the United States appeared in the 1840 and was used by Texans as an insult against Mexican troops. The addition of “sapsucker” to the insult was done by cartoonists because, well, they were cartoons.

Sapsuckers can kill trees by girdling the trunk and stopping the flow of sap to the roots. These woodpeckers feed on over 400 species of trees but favor trees with high sugar-content sap such as birches and maples. In my garden I’ve had more damage to pines, yews and magnolias. Though girdling is a possibility, it usually only occurs about 1-2 percent of the time. All manner of folk remedies such plastic snakes, aluminum flashing, twirling CD disks and tethered tom cats have been tried to scare off the sapsuckers, but to mixed results.