FAYETTEVILLE, Ark. -- I’ve always enjoyed knowing how things are made but in the plant world many new plants come along with a fuzzy backstory that is oftentimes incomplete, confusing or contradictory. Occasionally I stumble upon the real deal, so let me tell you about the Sombrero® Coneflowers -- Echinaceahybrids. 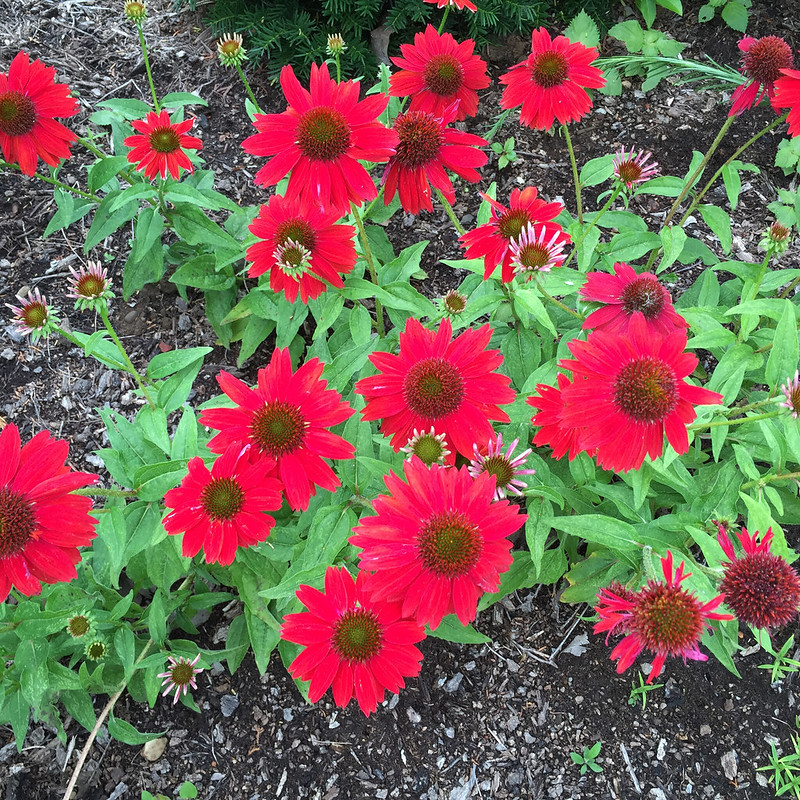 Coneflowers consist of 11species of the daisy family native to states around the Ozark Plateau.  They are late spring and summer flowering herbaceous perennials adapted to prairie conditions.  Most have shown good performance under garden conditions, especially E. purpurea, the most common species seen in gardens. Beginning in the 1990s breeders began crossing the various species to introduce different color forms for use in gardens.

The Sombrero series of coneflowers include compact, freely branched, early blooming coneflowers with a range of colors including purple, red, coral, pink, orange, yellow and white.  They were developed by Jianping Ren of Geneva, Illinois, who is employed by Ball Horticultural Company of West Chicago, Illinois, as a plant breeder. Among her other noteworthy introductions are the black petunias that hit the marketplace in the past few years.

Ren began making crosses in 2001 by bringing together two cultivars of E. purpurea, the pink flowered ‘Magnus’ and the compact ‘Kim’s Knee High.’ The F1 hybrids produced were tall and purple-flowered. She selected 11 of the most uniform of these, collected pollen and mixed it together and then reapplied it to the female flowers. In the F2 generation, segregation occurred and she was able to select for the traits she was after; earliness to bloom, short stature, free branching, prolific flowering and deep rose flowers.

Twenty-one plants were selected from this population in 2003 and they were pollinated by pollen collected from the selected plants. Thirty-one individuals were selected from this generation and by both physical appearance and some side-crossing experiments, four individuals were identified as “homogenous” (i.e. having a more or less uniform genetic makeup).  This line of early flowering, compact, free-branching coneflower with deep rose flowers was designated ‘G0052Y’ and the company applied for a utility patent (USP 7,982,110) that protected all forms of breeding and genetic manipulation using this plant. It is in this patent application that the story of Sombrero series coneflowers is told. 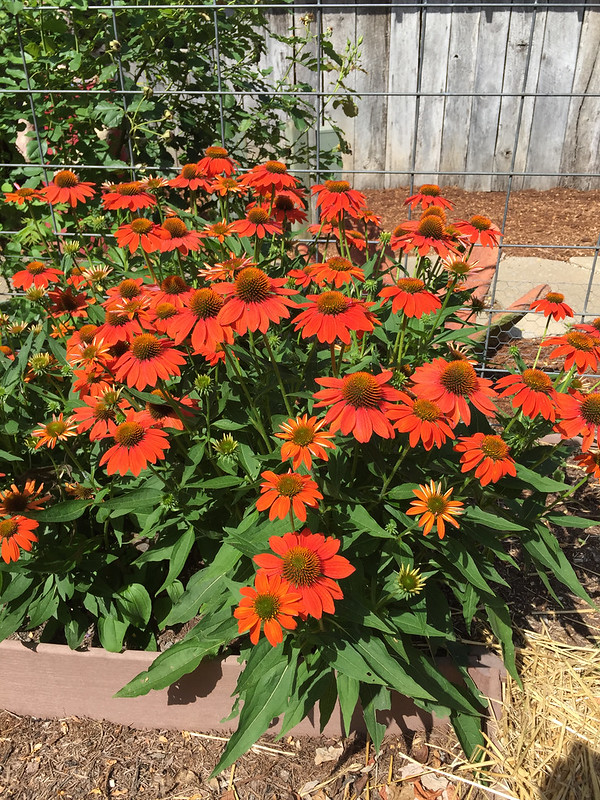 Once the framework of future coneflowers was “fixed” in a stable line it was time to begin crossing with other species to introduce color variation into the flowers. Sombrero Salsa Red (PP 23,105 2012) and Sombrero Adobe Orange (PPAF) were initiated in 2007 by crossing ‘G0052Y’ with the yellow-flowered E. paradoxa. In 2008, the best of the F1 generation was “selfed” to create the F2 generation. The best of these were then selected by color lines and back-crossed to ‘G0052Y’ to enhance the expression of the desirable characteristics that line possesses. The best of these were selected for tissue culture propagation or further breeding.

At the Botanical Garden of the Ozarks in Fayetteville we’ve been growing several of the Sombrero selections since 2001. They have lived up to their billing of being early flowering, usually coming into bloom in mid-June and being compact and floriferous. Salsa Red is the shortest of the crowd, coming in at less than 16 inches tall with smaller curved red flowers.  Adobe Orange is taller at about 20 inches with larger flowers that have ray florets held out flat from the central cone.

The decadelong process of “improving” on the physical characteristics of this plant has fundamentally changed the look of what we know the wild coneflower to be.  Some may consider it a sacrilege to mess with the big, floppy wildflower but if you have a small garden and want your plants to stand in place and not flop around, these new hybrids offer exciting possibilities.

For more information about horticulture, or to see other Plant of the Week columns, visit extension’s website, http://uaex.uada.edu/yard-garden/resource-library/plant-week/or contact your county extension agent.

By: Gerald Klingaman,
retired Retired Extension Horticulturist - Ornamentals
Extension News - June 26, 2015
The Cooperative Extension Service is part of the University of Arkansas System Division of Agriculture and offers its programs to all eligible persons regardless of race, color, national origin, religion, gender, age, disability, marital or veteran status, or any other legally protected status, and is an Affirmative Action/Equal Opportunity Employer.
©
Top