At its heart, farming is an extractive industry. If done wisely and with careful attention to detail, the amount of produce removed from the land will not exceed the amount of resources added back. If the land’s balance sheet is in the black, a sustainability has been achieved. 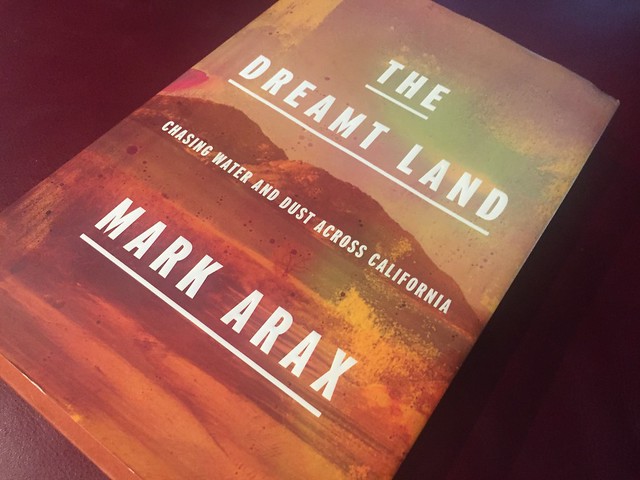 A new book, The Dreamt Land by Mark Arax (Alfred A. Knopf, New York 2019), describes a century of water use in farm country that has turned the desert of the Central Valley of California into the bread basket of the nation. The latest twist in this ongoing saga of extracting resources from a dry land involves the cultivation of nuts, especially almonds.

Almonds (Prunus dulcis), a close relative of peaches, won’t grow in Arkansas but they thrive in the Mediterranean climate of California. They originated in Iran and adjacent areas of Central Asia and are one of the first cultivated tree fruits, perhaps dating back 5,000 years.

They are deciduous trees growing about 30 feet tall and wide, with 5-inch-long leaves reminiscent of the peach, but with a more rounded margin. If the flower buds receive 300 or so hours of chilling, pinkish-white blooms are produced in February. The almond fruit, technically a drupe, has a fuzzy, leathery flesh that attains the size of a flattened golf ball as it matures. As the fruit ripens, the leathery portion splits open, expelling the pit which holds the edible almond seed inside its woody husk.

California growers have gone mad for almonds and now supply 80 percent of the world demand. They pushed out vineyards, cotton and tomato fields and, most alarmingly of all, moved into desert lands once deemed too marginal for growing crops. Currently, 1.4 million acres have been planted, with more acreage added each year. To make this work in the short run requires water, and Arax – a native of Fresno who spent years as a journalist - recounts the tortuous path that growers have taken to keep the water flowing. After all, it takes a little over a gallon of water to produce one almond.

As California’s population has grown from 20 to 40 million, urban water demand has likewise increased. And then there is the six-year-long drought, perhaps the worst on record. Oh, did I mention the fish? Environmental laws require that a little water be left over to run into the ocean so the native fish populations can survive. Millions of permanent nut trees requiring year-round water, and suddenly the old saw, “water is for fighting over,” comes into clear focus.

To make up the difference, deep wells have dropped the water table below what small farmers can afford, so the few small farms still remaining – mostly mandarin oranges and raisin grapes – are being bought up by the large corporate farms and converted to nuts. Large farmers and hedge fund investors also like almonds because they require almost no labor to grow and harvest.

Almonds and pistachios have enjoyed good press in our health-conscious society. About a quarter of the almond crop goes into processed products such as flour, milk and butter. Almond milk now has a sales volume of 4 percent of regular milk. Exports are a big part of the almond market, but tariffs imposed by China and India have reduced profits by 14 percent this year.

The Dreamt Land tells a century-long tale of what lengths people will go to extract riches from the stubborn earth. Arax helps explain why the Jeffersonian ideal of the small, independent farmer is largely a myth in modern corporate agriculture. Almonds appear to be but another contestant in the long chain of crops grown in the Central Valley that are attempting to achieve some kind of permanence, no matter how fleeting.