Plant of the Week: Planting by the signs

Sometimes things happen on the edges of our consciousness that we fleetingly recognize but never quite stop to investigate. Planting by the signs is one of those things that I’ve heard of all my life, yet never really explored. In my youth, our calendars usually had the phases of the moon on them, but I failed to make the connection with the long history of planting by the signs. 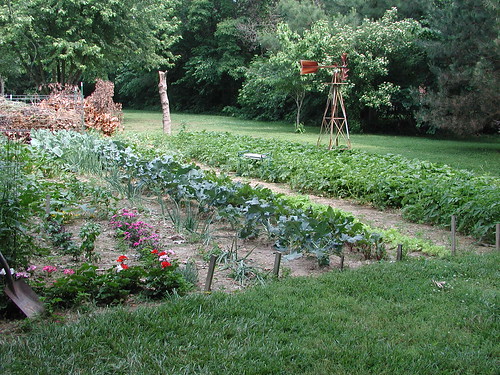 Back on the Oklahoma farm of my youth I occasionally heard mention of moon signs around the dinner table, but there was never a Farmer’s Almanac around, so Dad was not a practitioner of the art. Work schedules and prevailing weather conditions were what usually dictated planting time, not phases of the moon or signs of the zodiac. My now century-old copy of Bailey’s Standard Cyclopedia of Horticulture doesn’t devote any space to planting by the signs, so it was apparently considered passé at that time.

Planting by the phases of the moon is relatively straight forward. Crops that grow below ground – potatoes, onions, carrots, radishes, turnips, etc. – are planted in the dark of the moon. That is the period from full moon until the moon disappears and is called the waning phase. Crops grown for above-ground consumption – broccoli, lettuce, spinach, beans, tomatoes, etc. – are planted in the light of the moon: that period from new moon (when the moon is completely in earth’s shadow) until full moon and is called the waxing phase.

The true practitioners of planting by the signs overlay the 12 signs of the zodiac onto the moon phases and create a more complicated planting protocol. The dozen zodiac symbols are divided into four groups: water, earth, air and fire. Zodiac symbols associated with water and earth are considered fertile signs and good for planting while those associated with air and fire are considered barren and not good times to plant.

Vance Randolph, in his 1947 Ozark Superstitions, recounted that even a hill man who could not read or write could glance at a calendar and know if the moon was in a waxing or waning phase and adjust his planting accordingly. In that period, some farmers assiduously adhered to the almanac for planting, but planting by the phase of the moon seemed more common.

Does planting by the phase of the moon actually work?  Crime statistics show that murder rates go up during full moons, so the moon has the ability to move both man and the ocean waves. That it has a subtle effect on plants is easy to speculate about but hard to prove. The full moon and its subtle effect on gravitational pull could pull water higher in the soil water column, thus making water more available for seeds and shallow roots. Or, the cytoplasm of a cell is but a tiny ocean, so subtle gravitational pulls could affect the distribution of hormones in the plant that are known to respond to gravitational forces.

I find myself judging the last killing frost by the timing of the April full moon.  Though I’ve never actually tracked it, it seems to me that an April full moon on a clear night often is accompanied by a killing frost. If the full moon is early in April, I often feel it is safe to plant after that date, whereas if the full moon occurs in mid-month, I usually delay planting until the traditional time. Such unscientific observations —with no data to back them — are how superstitions get started.