Ozark forests then and now
skip to main content

Plant of the Week: Ozark forests then and now

Every drive through the Ozarks reminds me anew of the lushness of our Natural State. The rugged and verdant landscape are both inspirational and daunting when you think of what our ancestors must have endured to settle the land. Like being adrift at sea: water, water everywhere but not a drop to drink. The dry, rocky mountain tops and the steep valleys of the Arkansas Ozarks present much the same kind of challenge when you think of living off of the land. Let us consider the Ozark forests and how they have changed over the past several centuries. 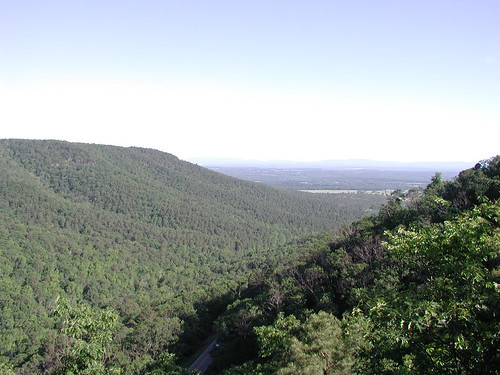 Brooks Blevins, an Arkansas native and professor of Ozarks Studies at Missouri State University in Springfield, has published the first volume of A History of the Ozarks, the Old Ozarks (University of Illinois Press, Urbana) where he explores the early settlement of the region. DeSoto’s early 1540’s expedition into Arkansas never reached the Ozarks. The first European – a Frenchman – credited with exploring the Ozarks was Claude-Charles de Tisne, who trekked the region in 1719, although French trappers who left no written record had been in the region at least 20 years earlier.

During most of the 18th century the Ozark Uplift, including the more rugged Boston Mountains found in Arkansas, were sparsely populated and considered the hunting grounds of the Osage Indians, who primarily lived around the margins of the uplift. During that period the less steep regions with better soil resembled “a prairie in the mountains”, the description given by the reporter riding on the first Butterfield Trail Overland Stage as he entered Fayetteville in 1858.

The Osage, in their efforts to manage their hunting grounds, either started or allowed fires to burn to improve grazing for buffalo and to keep brush down for easier hunting. The scene must have been more like an open savannah through which wagons could pass. Remnants of these old prairies, even in the more rugged southern Ozarks, can still be seen when prairie wildflowers such as coneflowers, Baptisia, penstemons and others show up in unexpected places in a sunny patch in the woods.

Activity in the Missouri Ozarks along the Mississippi River began picking up in the 1780’s with the development of lead mines. The signing of the 1804 Louisiana Purchase further increased activity in the region.

The Federal Government established a short-lived homeland (1817 – 1827) for the Cherokee Indians in the Arkansas Ozarks, encompassing some of the most rugged terrain of the entire uplifted region. It was an attempted to solve issues of Native American displacement in the East and balance it against the insatiable appetite of white Americans for new land. Fort Smith, founded in 1817, was established to keep the peace between the Osage who were not on board with the Federal Government giving part of their hunting lands to the Cherokee settlers.

These early Cherokee emigres mainly hailed from the eastern Tennessee Appalachian foothills and were displeased with the barren nature of the Ozarks. I’m reminded of a story told to me by a friend who encountered an old backwoodsman walking down a dirt track in northern Johnson County carrying a single shot 22 and a paper bag. When asked what he had managed to shoot, the old guy says “Supper”. Opening the bag, he showed two red-headed woodpeckers. Having driven the back roads of the Ozarks for almost half a century, I can count on one hand the number of game animals I’ve seen in the upland reaches of the forest.

The nature of the forest changed dramatically when American settlement took hold in the region. Fires stopped, and following the expansion of railroads after the Civil War, wholesale cutting of the forest ensued. The forests regrew but more as a densely packed thicket than as an open savannah with widely spaced trees. The forests we see today are second and sometimes third growth oaks and hickories. The Ozark chinquapin disappeared from the forest mix in the first half of the 20th century as chestnut blight swept across the land.  Privately owned plantation forests, the norm for the gulf coastal plain in Arkansas, never took hold in the drier, rockier soils of the Ozarks.