Groundcovers are useful plants in the garden because they do just what the name implies – they cover the ground. This is a good thing because nature abhors a vacuum and any open, unoccupied ground will soon be filled with something, usually a weed. Groundcovers take many forms but low growing sprawlers such as Dwarf Deutzia (Deutzia gracilis ‘Nikko’) have a pliable form that works well to cover those pesky bare spaces. 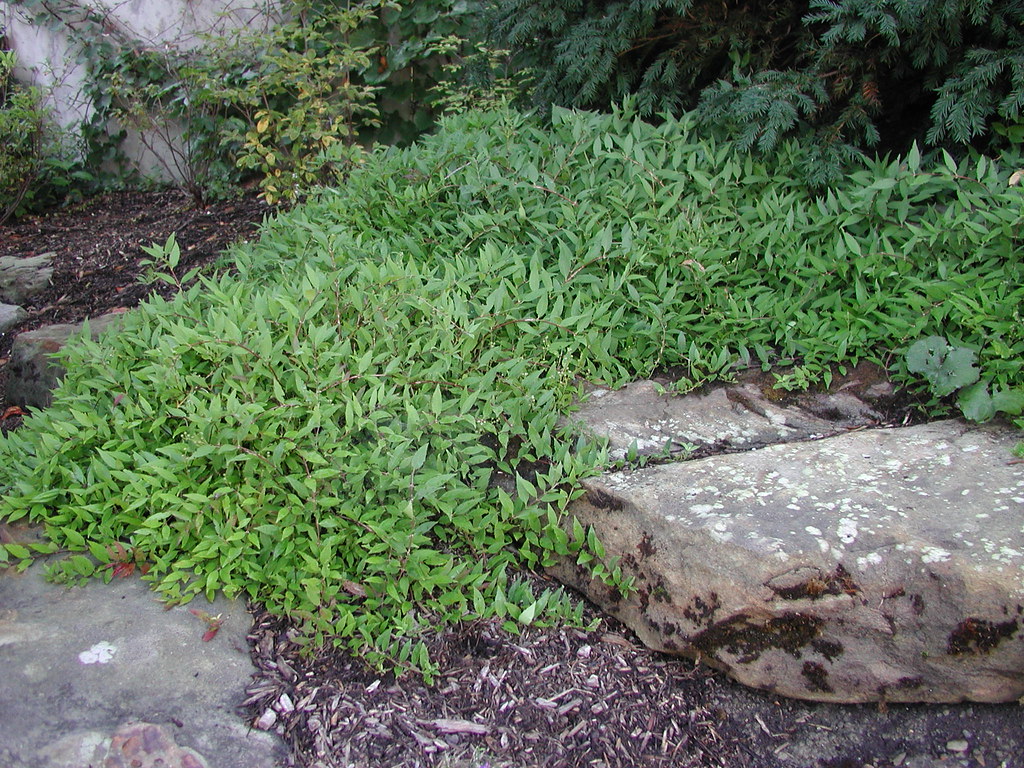 Slender deutzia, a member of the hydrangea family, is the best of the many kinds of deutzias that can be grown. The deciduous species has gracefully arching, three-foot-tall stems with sprays of white flowers in mid spring. “Nikko” has a compact sprawling form that can reach 6 feet across in 10 years with a height of about 18 inches in the center of the clump.

Its medium-green summertime leaves are 2½ inches long and half an inch wide and give the shrub a clean and tidy summertime appearance. Fall color is burgundy to maroon. Pure white flowers are borne in profusion in early May in erect, 3-inch-long panicles held above the foliage. Individual blossoms are to ¾ inch across with five petals and are slightly fragrant. Plants remain in bloom about two weeks. 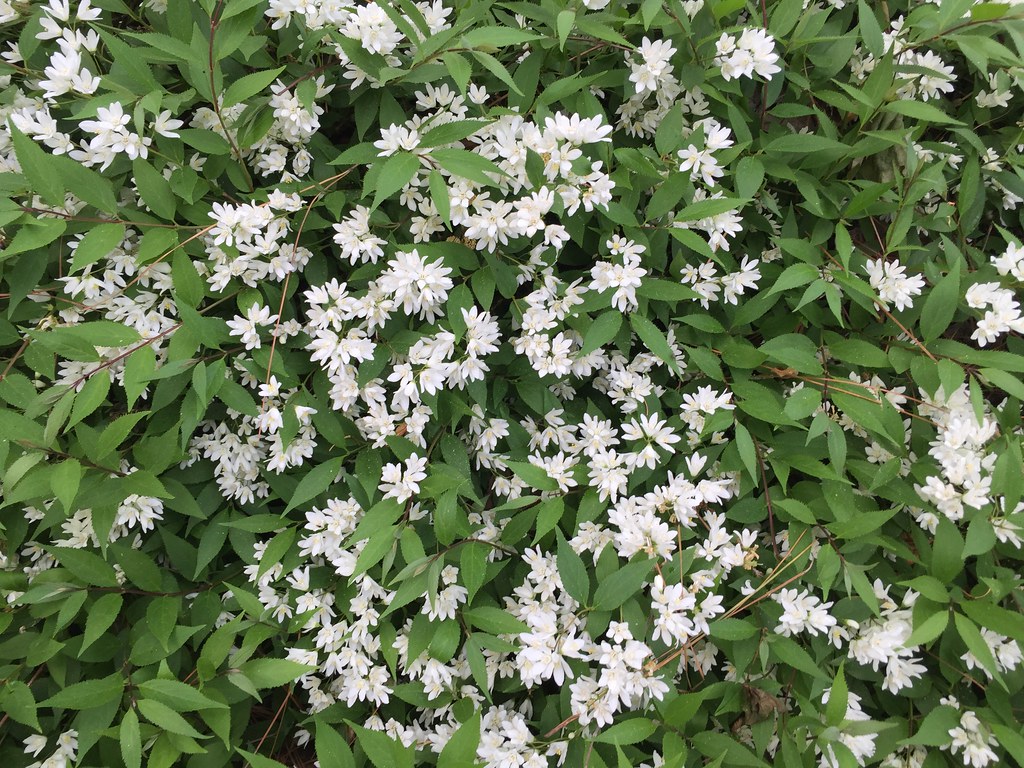 Slender deutzia was introduced into Europe in the 1840’s and was used in garden borders, as a parent in the deutzia breeding frenzy that struck French nurseries in the late 19th century and as a spring flowering pot plant that was forced under glass. Nikko was introduced into the United States in 1976 by John L. Creech and S. G. March, Director and Horticulturist respectively of the U.S. National Arboretum in Washington D.C.

They found the plant produced at Watanabe Nursery in Gotemba City, Japan. Cuttings made their way back to the Arboretum where plants were evaluated and finally introduced as a cultivar in the late 1980’s. An English nurseryman coined the cultivar name who acquired the plant soon after its introduction, and put it into production while the U.S. Department of Agriculture folks were still evaluating the plant’s worthiness.

Nikko deutzia can be used in a number of landscape situations where a dwarf trailing shrub is needed. It can be allowed to sprawl across the ground as a groundcover, trimmed into a low growing hedge or used at the top of a wall where the branches are allowed to arch over the wall face. It is easily grown in any average, well-drained garden soil that receives 4-6 hours of full sun. Plants are hardy from zones 5-8.

For more information about horticulture or to see other Plant of the Week columns, visit Extension’s Website, http://www.uaex.uada.edu, or contact your county extension agent.  The Cooperative Extension Service is part of the U of A Division of Agriculture.