Plant of the Week: Orchid Family

Confessions are good for the soul. The hours I spend researching information helps fill in gaps in my own knowledge. Hopefully, you — the reader — get something from them too, but mostly my motivation is selfish. I want to know more. But, the more I learn, the more I realize I don’t know.

Like all window shoppers of the natural world, I love orchids. My personal dearth of knowledge on the topic of orchids is great, so I thought a survey of the orchid family would be a good place to start filling in the gaps. 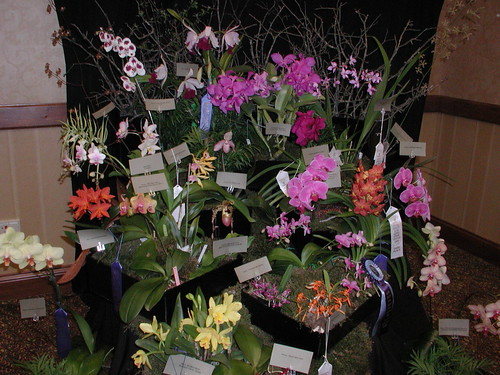 The orchid family is arguably the largest plant family, with around 880 genera and about 28,000 species. While we think of orchids as having a tropical nature, in reality they have a worldwide distribution with many terrestrial species found as far north as the arctic region. Arkansas has 18 genera, all terrestrial, and about 50 species and varieties.

Orchids have several identifying characteristics, mostly associated with their flowers. They have a floral base number of three, but like most monocots, the three sepals are petaloid so the floral whorl consists of six parts. However, the lower petal – called the lip or labellum – is much modified and comes in an astonishing number of colors, patterns, shapes and sizes.

The flowers are designed for insect pollination, most often bees, moths or ants, and have developed a unique method of ensuring cross pollination.  The pollen grains, instead of being released individually, are dispersed in mass (the pollinia) which is glued to the back, proboscis or some other body part of the pollinator.  About a third of all orchid species rely on mimicry – either visual or through pheromone imitation – and provide no reward for the pollinating insect.

Orchids tend to be a promiscuous lot and intergeneric hybrids are common in cultivation and probably help explain the rapid explosion of new species, especially in tropical regions. Rich gardeners in the early to mid-19th century developed a fascination with orchid collecting and hybridizing, creating over 100,000 hybrids. Many of these are crosses between two to four genera. That different genera are sexually compatible is probably an indictment to taxonomic classification systems that over rely on appearance to name new genera and species.

A team of Taiwanese scientists recently unraveled the mystery associated with the plasticity of the lower lip of the orchid in what they call the P code (perianth). They found that the combination of six proteins associated with DNA decoding regulated the appearance of “normal” perianth tepals or the development of the large, show lip. By turning on or off the production of these various proteins they could produce flowers with all normal tepals or combinations of sepals and lips.

Another characteristic of orchids is their seeds. The thousands of tiny seeds are produced in 3-celled capsules and, unlike most sensible plants, they contain no storage tissue to nourish the developing embryo. Orchids instead rely on a form of parasitism where they associate with a network of soil fungi. The embryo emits a signal and triggers the fungi to turn over some of the carbohydrates the fungus recovers from decomposing organic matter.

Orchids, like other non-woody plants, don’t form good fossils so there is little consensus about the age of the family. Because orchids are found on all continents, it seems obvious they had their beginnings before the continents began breaking up 100 million years ago or more. A recent study, looking primarily at tropical orchids and relying on chloroplast DNA analysis, concluded that the relatively recent explosion in speciation occurred in three waves since the extinction of the dinosaurs.

Orchids, because of their exotic beauty and endless variety, continue to intrigue gardeners. Advanced understanding of orchid biology has helped nursery growers figure out how to produce many species for the mass market. This trend is likely to continue and, until the fickle fate of fashion changes, expect to see more of these exotic beauties at places where you see plants sold.