LITTLE ROCK – Combines in Arkansas are running around the clock, as growers race to get crops out of the field before Tropical Storm Gordon sweeps into the state on Wednesday. 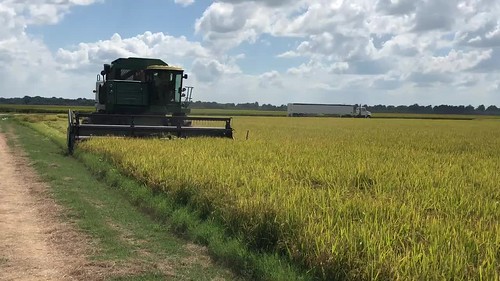 “The remnants of the system will likely affect southern Arkansas by Wednesday night,” the National Weather Service at Little Rock said Tuesday. The weather service said Arkansas could see 3 to 6 inches of rain with the system. 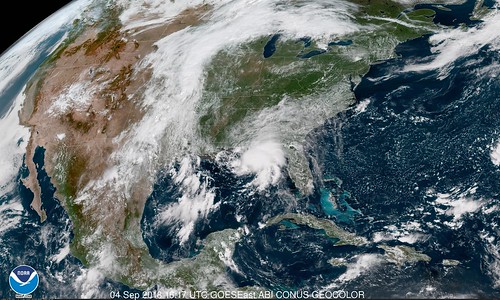 “Combines are running 24/7 here in Chicot, as we are supposed to be right in the path of the storm when it hits Arkansas,” said Clay Gibson, Chicot County extension staff chair for the University of Arkansas System Division of Agriculture. “Tractor dealerships and mechanics are open 24/7 as well. Mad scramble and high stress here in Chicot.”

While some wanted to be at the lake or elsewhere during the holiday weekend, “Labor Day was full of labor for the majority of growers who had anything in the field. Many were working on corn,” said Jarrod Hardke, extension rice agronomist for the University of Arkansas System Division of Agriculture. “Top to bottom, the combines have been running through the weekend until after dark.”

Hardke said though the combines could run later into the darkness, farmers were limited by moisture, having to stop when dew set on the grain.

Bob Scott, head of the Division of Agriculture’s Rice Research and Extension Center at Stuttgart said his crews were racing to get foundation seed for Arkansas rice varieties out of the fields.

“We didn’t need this. Even though it’s been dry, we don’t need the rain now,” he said, adding that his shop crews have been putting in a lot of hours on combines. “They’ve been repaired, re-belted, new tires and working on all the things that break down during a season. They’ve been working overtime.

“We’re probably over halfway there on our experimental plots and we’re just beginning on foundation seeds plots and hope to get some of those done by tomorrow night,” he said.

Scott said he had some concerns about the storm causing the plants to “lodge,” or lean at an angle that makes it difficult for the combines to pick it up.

“Heavy rain can do it and we don’t need winds to start the crop lodging,” he said. “Not that harvesting lodged crops is impossible, but it can be a kidney punch – it’s much more difficult to combine.”

“The big question will be just how long it will stay in our area or will it go ahead and move out?” he said. “We won’t know an answer to that question ‘til the end of the week.”

Right now, “everyone is trying to get things done,” Goodson said. “We did cut corn yesterday in Phillips County just because of the storm. The grower was trying to get all his corn cut so that he could move to beans that were ready. The corn was over 22 percent moisture and had to go to a dryer.”

Lingering moisture is expected to be a problem for farmers.

“Not that there’s a good time for a tropical storm or potential hurricane, but this could possibly be one of the worst for us,” Hardke said, adding that cool weather in early August delayed rice maturity, putting growers in a hurricane season bind. “If growing conditions had been close to average, we should’ve been close to 50 percent harvested now. Instead we’re going to be about 25 percent.” (See: Sept. 4 Crop Report from National Ag Statistics Service)

With a better than a 40 percent chance of rain through Saturday, Hardke was worried about the longer term effects, since growers can’t harvest grain that’s got too much moisture.

“After Gordon passes, there will be almost no harvest. If it stays overcast, the humidity will stay high and the dew won’t burn off.  It doesn’t always have to rain” to halt the harvest, he said.