FAYETTEVILLE, Ark. — Dr. Margaret Worthington browses through the rows of muscadine vines at the Fruit Research Station near Clarksville, pausing occasionally to pop a juicy black or green berry into her mouth. 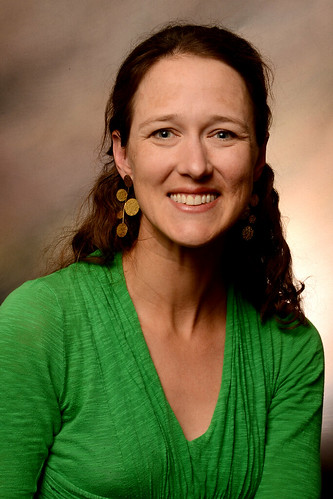 Tasting is an essential part of fruit breeding. It’s a tough job, but someone has to do it.

Dr. James N. Moore, after founding the University of Arkansas System Division of Agriculture fruit breeding program in 1964, was the first to take up the tasting task. Day in and day out he spent hours in the sun, walking the rows of blackberries, blueberries, grapes and peaches, plucking a promising fruit and popping it into his mouth.

One of the keys to this kind of work is to not swallow everything you taste. The hours are long, the sun is hot — usually — and a tremendous amount of fruit is going to pass over your tongue.

Dr. John R. Clark learned that lesson and many others from Moore, whose shoes he eventually filled to lead the Arkansas fruit breeding program.

The program founded by Moore and grown by Clark has become one of the most respected fruit breeding programs in the U.S. and is well known worldwide. Arkansas blackberry varieties, for example, are grown on every continent north of Antarctica.

Now Clark is beginning to think about retirement — no worries, he says it’s a few years off, yet — and about who will continue the Division of Agriculture’s fruit breeding legacy.

“Hiring Margaret includes a substantial transition time to work with John Clark before he retires,” said Wayne Mackay, horticulture department head. “Her addition to the team reflects the importance of the fruit breeding program and the commitment of the horticulture department and the U of A Division of Agriculture to the fruit breeding program.”

Worthington added her taste buds to the fruit breeding continuum in August, but she’s also bringing some new tools to the field.

“I want to ramp up molecular breeding activity and integrate those into our conventional breeding programs,” Worthington said.

Those efforts will identify genetic markers associated with desirable fruit traits — flavor and texture, disease resistance, and other sought-after characteristics that can lead to improved fruit varieties.

Worthington noted that some of this work has already begun in Division of Agriculture fruit breeding as part of RosBREED. This USDA program aims at developing and applying modern DNA tests and related breeding methods to rosaceous plants, including peaches.

University of Arkansas graduate students in horticulture have been phenotyping peaches (describing physical horticultural characteristics and disease resistance) and correlating those with their genetic descriptions. Worthington wants to extend this work to blackberries, grapes and muscadines.

For now, Worthington has taken over the division’s peach and nectarine breeding efforts. She and Clark are working together on muscadines while Clark continues to lead the breeding work on blackberries and viniferous grapes.

This is her first foray into fruit breeding, but she said her work with tropical forages faced some of the same challenges she’ll encounter in Arkansas.

“With blackberries for example, as with tropical forages, I’ll be introducing molecular tools in plants that don’t already have them,” Worthington said. “In blackberries and muscadines, you’re pretty much starting from zero.”