By Emily Thompson
U of A System Division of Agriculture
Nov. 1, 2018

LITTLE ROCK — It is deep into the pumpkin season. Pumpkin spice is everywhere—in lattes, muffins and pies. The list goes on and on. 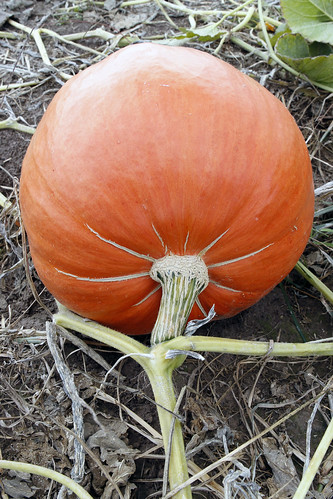 If you want to join in the pumpkin baking, you might consider using fresh pumpkin instead of a canned pumpkin puree for better flavor, according to Miller County Extension Agent Carla Due.

“Turning that pumpkin into puree will yield a flavorful baked good that does not compare to canned,” Due said. “Although it does take time, the flavor will be much better.”

The first step is to pick the right pumpkin for your baking. Smaller pumpkins tend to be better for cooking.

“Save the field pumpkins for your jack o’ lanterns,” Due said. “These tend to be too large and stringy for baking. Choose smaller ones for baking, those less than 10 pounds with firm, dense flesh.”

Sugar Pumpkins, often labeled as pie pumpkins, are one of the most common baking pumpkins you’ll find at the grocery store. A medium-sized, 4-pound sugar pumpkin should yield around one and one half cups of puree. Heirloom varieties like Baby Pam, Autumn Gold, Fairytale and Cinderella Pumpkins are other great options because of their consistency and flavor. You may be able to find these at farmer’s markets or local farms.

Once you’ve found your pumpkin, the next step is to make it a puree. There are three options: bake your pumpkin, boil it or microwave it.

“The most popular method is to bake the pumpkin to get the puree,” Due said.

Using a knife and large meat mallet, cut the pumpkin in half and discard the stem and stringy pulp. You can save the seeds to dry and roast later. In a shallow baking dish, place the two halves face down and cover with foil. Preheat oven to 375° F for about one and one half hours or until tender.

Once cooled, scoop the flesh into a food processor and puree until smooth. If the puree is too liquid, simmer in a large skillet over medium heat for a few minutes to evaporate some of the water. This will yield 1 cup puree for every pound of pumpkin.  If you have more puree than needed, freeze the rest in a freezer quality bag or container. Leave one half inch headspace.

If you choose to go the boiling route, cut the pumpkin in half and discard the stringy insides. Peel and cut into chunks. Place in saucepan and cover with water. Bring to a boil and cook until the pumpkin chunks are tender. Drain well in a colander and let the cool. Then puree the flesh in a food processor or mash with a potato masher or food mill.

“Using the microwave to prepare your pumpkin for puree is also an option,” Due said.

Cut the pumpkin in half, discarding the stringy insides. Place in a microwave safe bowl and cook on high for 7 minutes per pound, turning the pieces every few minutes for even cooking. Then puree the pumpkin as above.

The puree can be refrigerated up to three days or stored in the freezer for up to six months.

However, if you choose to stick to canned pumpkin for the sake of time, Due said to make sure you know the difference between canned pumpkin and pumpkin pie filling.

“There is a difference in the two,” Due said. “Canned pumpkin is just cooked, pureed pumpkin. Pumpkin pie filling is flavored with spices like cinnamon, clove, allspice and ginger, and sugar.”