By Emily Thompson
U of A System Division of Agriculture
March 8, 2019

LITTLE ROCK— Matt Fryer made the trek from Little Rock to Marianna, Arkansas, on Feb. 21 to attend the county soybean production meeting to introduce himself and offer his services to county agents as the new University of Arkansas System Division of Agriculture soil instructor. 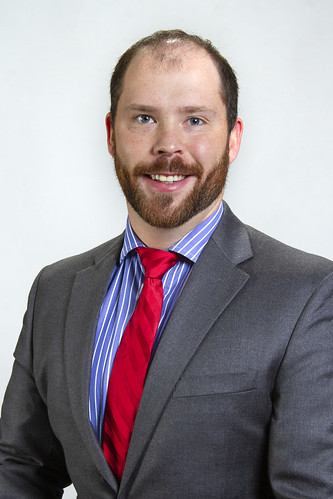 He has been to about 10 meetings around the state since starting the position Jan. 2.

“I’m trying to go to as many meetings as possible to introduce myself face-to-face with county agents,” Fryer said.

Fryer began his career with extension in 2016 as a Crawford County extension agent. As a county agent, his job duties touched on all areas of agriculture, he said, but his new position allows him to focus on what he studied in graduate school — soil fertility.

“This position allows me to specialize in my strong suit,” Fryer said.

Fryer graduated with a bachelor’s degree in agribusiness from Arkansas State University in Jonesboro in 2013, then earned a master’s degree in soil fertility from University of Arkansas in Fayetteville in 2015.

“The terms ‘soil health’ and ‘soil quality' have been around since the 1990’s, but how to quantify those is still unclear,” Fryer said.

“There are some methods for testing available,” he said, noting he plans to begin evaluating known methods for efficacy in his new position.

His position will be initially funded through a three-year Natural Resources Conservation Service grant to research soil health in row crops using cover crops. The grant requires that at least 25 demonstration farms be planted. The grant funding began before Fryer was given the position, so six farms have already been planted. He said the rest should be planted this fall.