By Fred Miller  fmiller@uark.edu
U of A System Division of Agriculture
March 16, 2018

STUTTGART, Ark. — Dr. Bob Scott, extension weed scientist since 2002, will become director of the University of Arkansas System Division of Agriculture’s Rice Research and Extension Center near Stuttgart on April 1. 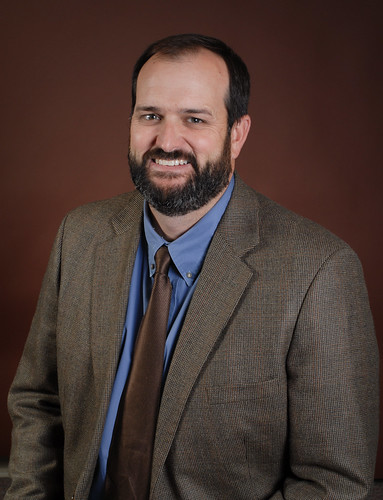 Scott has worked in weed science for 20 years, including the last 16 with the Arkansas Cooperative Extension Service.

“I am delighted to have Dr. Scott take on this leadership role for the Division of Agriculture,” said Jean-François Meullenet, interim director of the division’s Arkansas Agricultural Experiment Station. “The Rice Research and Extension Center is a vital component of our research programs and I know Bob will serve as an outstanding ambassador for our rice programs housed in Stuttgart.”

Rick Cartwright, director of the Arkansas Cooperative Extension Service, said, “Bob has done an outstanding job as Arkansas’ extension weed specialist for more than 15 years. He’s an exceptional technical specialist and research scientist, and his first-rate leadership at the Lonoke and Newport extension centers has prepared him to take on this new leadership role at Stuttgart.”

“Arkansas is the leading rice-producing state in the U.S. and the Rice Research and Extension Center is the leading center for rice research,” Cartwright said. “I think Bob is the right person at the right time to lead it.”

Before joining the Division of Agriculture, Scott worked as a technical service representative at American Cyanamide and BASF, which acquired the company during his time there. He was part of the team that developed Clearfield Rice.

Since joining the division, Scott has been based at the Lonoke Extension Center and also spends time at the Newport center. He said about 50 percent of his work has been related to rice.

“I have enjoyed my time at Lonoke and Newport and working with everyone at the Little Rock State Office, and I look forward to new challenges and opportunities at the Rice Research and Extension Center,” he said.

Scott already has a hand in the division’s rice breeding program, where he has worked with senior rice breeder Karen Moldenhauer and is a co-author on her Clearfield 172 research.

“I’m excited about working with the rice breeders at the Stuttgart center,” Scott said. He said he also looks forward to working with the Division of Agriculture Foundation Seed Program, based at Stuttgart, and other RREC research and extension programs.