By Ryan McGeeney
U of A System Division of Agriculture
March 25, 2016

SEARCY, Ark. — When life-long cattle and row-crop farmer John Pratt asked Sherri Sanders, the White County Cooperative Extension Service’s agricultural agent, what she thought of him delving into the world of peach growing, her answer was straight and to-the-point:

“I told him it sounded like a lot of work,” Sanders recalled with a laugh. But after seeing that he was serious, she did everything she could to help Pratt succeed. 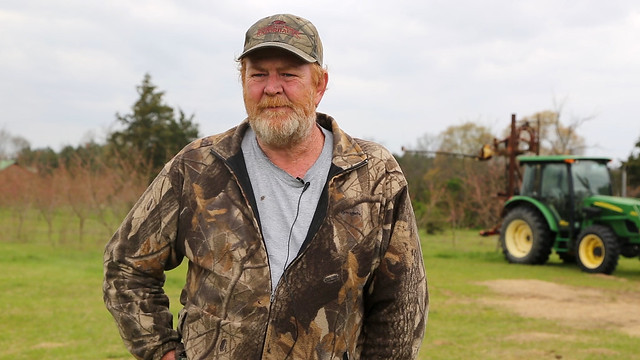 Pratt, whose family has farmed several hundred acres near Searcy for three generations, said he was interested in finding a vein of agriculture that might be a better fit as he approached retirement.

“I’ve wanted a peach orchard for a long time,” Pratt said. “They were my favorite fruit growing up. There’s not a you-pick operation anywhere near here, so it seemed like a good fit.”

Sanders said educating new growers wanting to break into agriculture, and experienced growers looking into an unfamiliar crop, is a task for which extension is particularly well suited. Calling on more than a century of agricultural research — as well as region-specific cultivar breeding — agents and specialists throughout Arkansas regularly provide advice for (and sometimes against) new farming endeavors.

“Part of the process is to help them understand the labor and management that’s involved in any new enterprise,” Sanders said. “Horticulture crops must have water, so I encourage them to develop that prior to planting. We also encourage proper site selection through soil samples, looking at soil requirements and other criteria.”

“First of all, an agent needs to figure out if this is a serious person, and not just somebody looking for something to do,” Garcia said. “Then we ask a lot of questions a person might not have thought of. They’re questions that need to be answered beforehand. 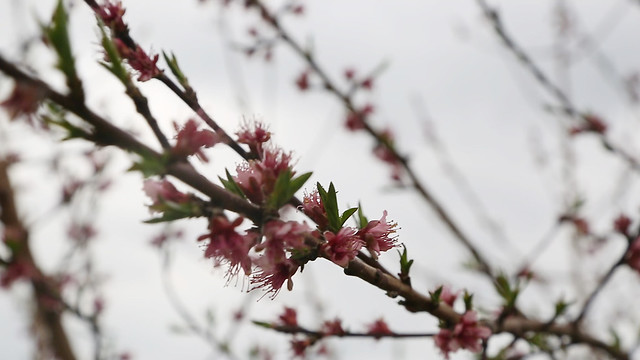 “We’ll set up a time when we can go visit, see the layout of the land, and begin to ask pertinent questions,” she said. “How are you going to market this crop? If it’s really isolated, you’re not going to have a pick-your-own operation. What is your source of water? What’s the deer pressure like here — are you going to need to build a 6-foot fence?

“To me, it’s actually a success story if someone calls me in, and after we ask each other a lot of questions, they decide not to plant, especially in fruit,” Garcia said. “Because planting fruit crops is very expensive. And for people not to know all the issues associated with growing fruit, it’s a mistake.”

Pratt said that after his initial visit with Sanders four years ago, he communicated with Garcia, who sent him a thick tome on peach varieties best suited for central Arkansas, five of which he and his wife planted on three acres near their home: Red Haven, Alberta, White County, Loring  and Lucky 13.

Since planting the trees in 2012, Pratt said he had attended extension classes on grafting and pruning, and spent many hours reading up on various aspects of the fruit.

Experts advise against growers allowing peach trees to produce fruit for the first two seasons, which can stunt the trees’ eventual growth. In 2015, Pratt and his wife hosted their first “you-pick” harvest (alternately referred to as “U-Pick” or “pick-it-yourself”) under the business name “Poppa Jacs Peaches,” and advertised through word-of-mouth and the White County Cooperative Extension Service Office’s Facebook page, with Sanders’s help.

Pratt, who currently works full time as a toolmaker for a local hydraulics maker, has also applied the sort of engineering inherent to many farming operations to his current endeavor, mounting a sickle mower to an elevated platform on a tractor, allowing him to trim his three acres of trees with the help of automation.

“We had been doing it by hand,” Pratt said. “That takes a toll on your arms after a while.”

For more information on selecting the right fruit cultivars for your area, contact your local Cooperative Extension agent or visit www.uaex.edu.