By Dave Edmark
U of A System Division of Agriculture
March 14, 2016

FORDYCE, Ark. – Farmers and landowners need to use their wits when trying to control feral hogs because the animals are certainly using theirs. Feral hogs are among nature’s smarter animals and will use their brains to stay a step ahead of potential captors. 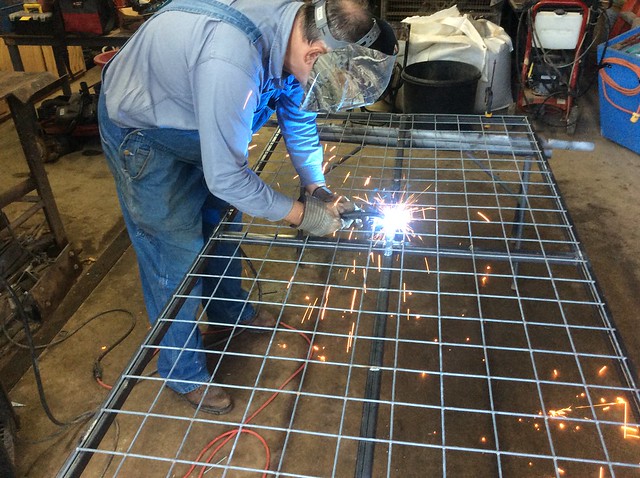 To show some ways around the animals’ savvy ways, a feral hog control workshop is set for 6:30 to 9 p.m. April 12 at the Fordyce Civic Center sponsored by the University of Arkansas System Division of Agriculture. Registration is free by calling your local county Extension office or signing up by April 5 at http://www.uaex.edu/feralhogs. Workshops and field days elsewhere in the state will be scheduled later and announced on the web page.

The workshop will cover strategies such as corral trapping, in which multiple hogs are captured at once. McPeake recommends against single trapping or shooting one or two feral hogs because those methods do little to control their numbers and warns other hogs in the area to avoid humans. “Hunting with dogs is sometimes used to catch stragglers, but isn’t the way to go if you want to trap many hogs at once,” McPeake said.

“Using single trapping results in trap-shy hogs reproducing and problems returning,” McPeake said. “Snaring can also be used to supplement corral trapping. Snares can be placed around corral fences and along trails.”

The workshop will also discuss strategies to place traps where the hogs are present by using trail or game cameras that reveal how many hogs are in a group and their size.

“Hogs can easily become educated if they are not caught the first time,” McPeake said. “They have to be trained to enter the trap or you may never catch them.”