LITTLE ROCK – Arkansas farmers, wary of a repeat of the 2007 Easter freeze, have their sights set on March 21 to start planting row crops.

The first day of spring this year is March 19. 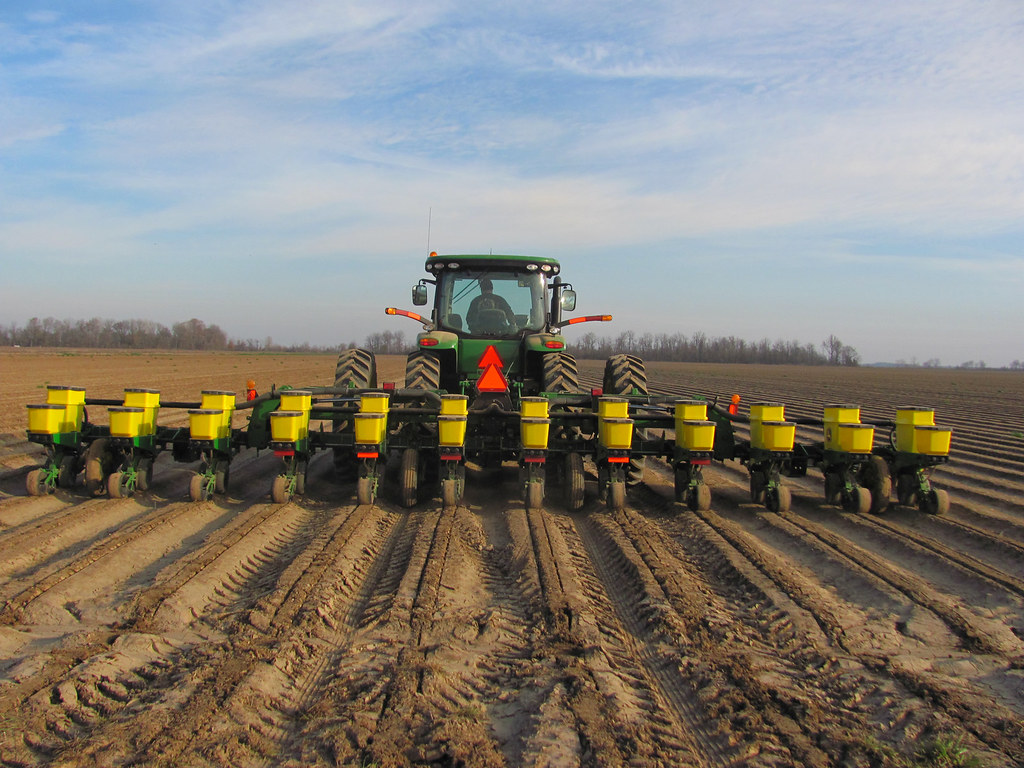 IN ITS WAKE -- Unlike 2012, when planting occurred very early due to very warm temperatures, famrers in 2016 are holding off to avoid any losses from a late freeze. (U of Arkansas System Division of Agriculture photo by Gus Wilson)

“They should start planting in about three weeks,” said Kevin Lawson, extension crop verification coordinator for the University of Arkansas System Division of Agriculture. “I’ve talked to producers in Lincoln, Conway and St. Francis counties and they’re all looking toward March 21 as their target.”

Keith Perkins, Lonoke County extension agent for the division of agriculture said, said that “Even though we have been warmer than normal, our soil temperature is not warm enough to plant in Lonoke.

“The best place for the seeds right now is in the bag or in the shop until we get a warmer soil temperature,” he said.

“Plus, don’t forget 2007 when we had a late freeze and many acres had to be replanted due to that event,” Perkins said.

However, “homeowners can be planting, potatoes, broccoli, greens, cabbage and onions -- any of the winter plants.”

The 2007 cold was preceded by an abnormally warm March, which accelerated the growth of many crops. Arctic cold swept in, dropping temperatures to record lows between April 4-10.

Winter wheat was at a sensitive stage and acres in in northern Arkansas suffered heavy yield impacts from the freeze and soybean growers who had planted early-maturing varieties also suffered setbacks. Three days of freezing temperatures in Bradley County in 2007 cut Arkansas’ tomato crop in half. Fruit growers also suffered heavy damage as cold damaged trees just as they were blooming or just beginning to shed petals to show fruit.

2012 also saw warm late winter temperatures. In Chicot County, corn planting started at the end of February. The warmth continued and combined with a lack of rain, turned into a deep drought year for Arkansas farmers.

Heavy rain on the way

If farmers needed another reason to wait, they need only look at the forecast for next week. The National Weather Service at Little Rock is forecasting 2-4 inches of rain for a large part of the state between March 7-10, with the possibility of strong to severe thunderstorms on March 8.

The heaviest rain – 4-6 inches with locally heavier amounts possible, covered a broad swath of the state.  The NWS office at North Little Rock said the forecast was likely to be revised in the coming days.  (See: https://www.facebook.com/NWSLittleRock)

“We are in a holding pattern till the weather breaks, but when it does watch out, because farmers will be full blast until the crop is harvested next fall,” Perkins said. “Now is time to calibrate sprayers and planters to ensure they are putting out the correct rates when we do start planting.”