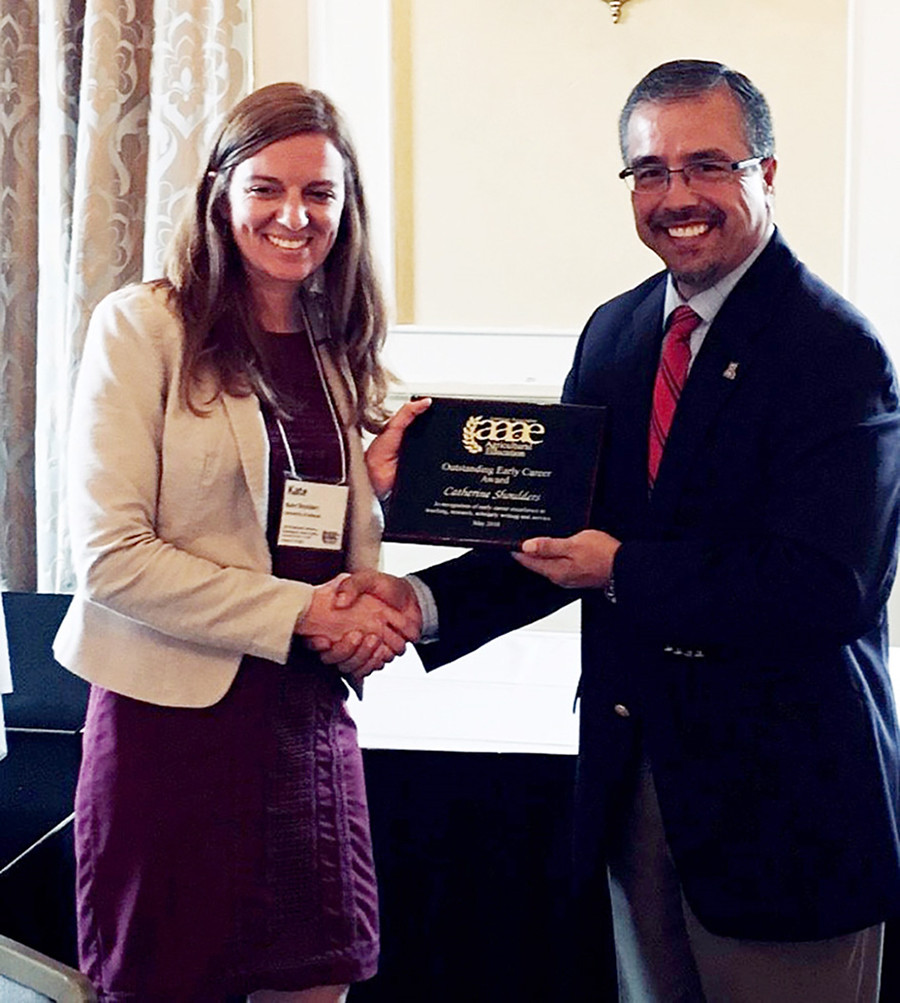 The award and appointment for Shoulders and Johnson, respectively, highlight a list of recognitions earned by a contingent from the University of Arkansas department of agricultural education, communications and technology in the Dale Bumpers College of Agricultural, Food and Life Sciences and the U of A System Division of Agriculture.

Shoulders is associate professor of agricultural education, and Johnson professor and coordinator of the Agricultural Systems Technology Management program.

Shoulders, along with Marshall Baker from Oklahoma State University and Brian Myers from the University of Florida, won the Outstanding Innovative Idea poster contest. Their work, "Critical Conversations: Using a Video Podcast to Engage Teachers in Philosophical Discussions about Agricultural Education," was named best of 40 entries.

Shoulders, Johnson and former master's degree student in agricultural and extension education Hailey Gates placed in the top five in the Distinguished Research Manuscript category. Their research, "Methods of Establishing Instrument Validity in Manuscripts Published in the Journal of Agricultural Education between 2007 and 2016," placed in the top five from among 60 manuscripts presented.

About the Dale Bumpers College of Agricultural, Food and Life Sciences: Bumpers College provides life-changing opportunities to position and prepare graduates who will be leaders in the businesses associated with foods, family, the environment, agriculture, sustainability and human quality of life; and who will be first-choice candidates of employers looking for leaders, innovators, policy makers and entrepreneurs. The college is named for Dale Bumpers, former Arkansas governor and longtime U.S. senator who made the state prominent in national and international agriculture.