(Newsrooms – with PHOTOS of Roeder downloadable at https://flic.kr/s/aHsmmwDD3Y)

FAYETTEVILLE, Ark. – As he built a career as associate director of the Arkansas Agricultural Experiment Station, Rick Roeder also spent 16 years building the facilities and relationships that make the experiment station a global leader in ag research. 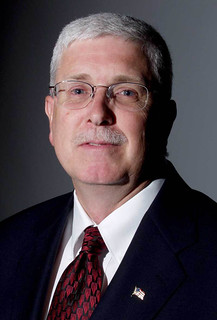 A FULL CAREER -- Dr. Richard Roeder is retiring after serving 16 years as associate director of the Arkansas Agricultural Experiment Station.

“I’m really proud of the role I played in helping bring the commodity boards into a closer working relationship with division scientists,” he said.

“I believe I helped build positive working relationships with farmers and the commodity boards that represent them and facilitated matching their needs to the capabilities of the experiment station,” he said.

Among his duties, Roeder managed fundraising and construction for:

“The Don Tyson Center for Agricultural Sciences, the building I’m sitting in today, is one I worked very hard on,” he said.

Roeder also had numerous duties serving the Southern Association of Agricultural Experiment Station Directors, including serving on the executive committee. In 2016 he won the organization’s National Research Award for his role as administrative adviser for an S-1060 project: Flies Impacting Livestock, Poultry and Food Safety.

Before his appointment in Arkansas, Roeder was chair of the Animal Science, Food and Nutrition department at Southern Illinois University since. In May 2002 he was named assistant to the dean for research there. A Philadelphia native with a B.A. degree in biology from Glassboro State College, Glassboro, N.J., Roeder has M.S. and Ph.D. degrees in animal nutrition from Texas A&M. As an animal scientist at the University of Idaho from 1984 to 1999, he established an extensive research program in beef cattle growth biology and nutrition.

Administrative duties at Idaho included coordinating the graduate program in the Animal and Veterinary Science Department and serving as organizer and chair of the Northwest Consortium for the Safety and Quality of Meat and Dairy Products.

Roeder received the University of Idaho Excellence in Research Award in 1997. He is a past-director of the American Society of Animal Science and past-president of the society's western section. He served on the task force that in 1995 organized the Federation of Animal Science Societies.

“Looking back, it looks to me like I’ve had a full career as an agricultural research administrator and I’m gratified that I have served Arkansas farmers,” Roeder said.

“It is with both appreciation and congratulations for a job well done that we approach the retirement of Dr. Rick Roeder,” said Mark Cochran, vice president-agriculture for the University of Arkansas System and head of its Division of Agriculture.

“He has been a stable and key part of the Division administration for the past 16 years. Throughout that time, his contributions have been many, but he will be remembered for the guidance he provided for additions and improvements to our infrastructure, his management of the commodity board programs to deliver research and expertise, and the administration of our research centers and stations that remain a critical part of the organization,” Cochran said. “We wish Rick the very best in his retirement.”

“Dr. Roeder has had a great 16-year career within the Division of Agriculture as associate director.

“His role in strengthening our relationship with commodity boards and the improvements made to our research infrastructure are very noteworthy accomplishments,” he said “With Dr. Roeder’s retirement, the Agricultural Experiment Station is losing a lot of institutional memory and experience. We will miss Rick’s leadership but we wish the very best in retirement.”

Those wishing to express gratitude and best wishes can send messages to Christina Miller at clmiller@uasys.edu. These will be compiled and presented to Roeder.

To learn more about the work being done by the Arkansas Agricultural Experiment station visit https://aaes.uark.edu/.