FAYETTEVILLE, Ark. — Ouachita blackberry, a 2003 thornless variety from the University of Arkansas System Division of Agriculture, received the Outstanding Fruit Cultivar Award from the Fruit Breeding Professional Interest Group of the American Society of Horticultural Science. 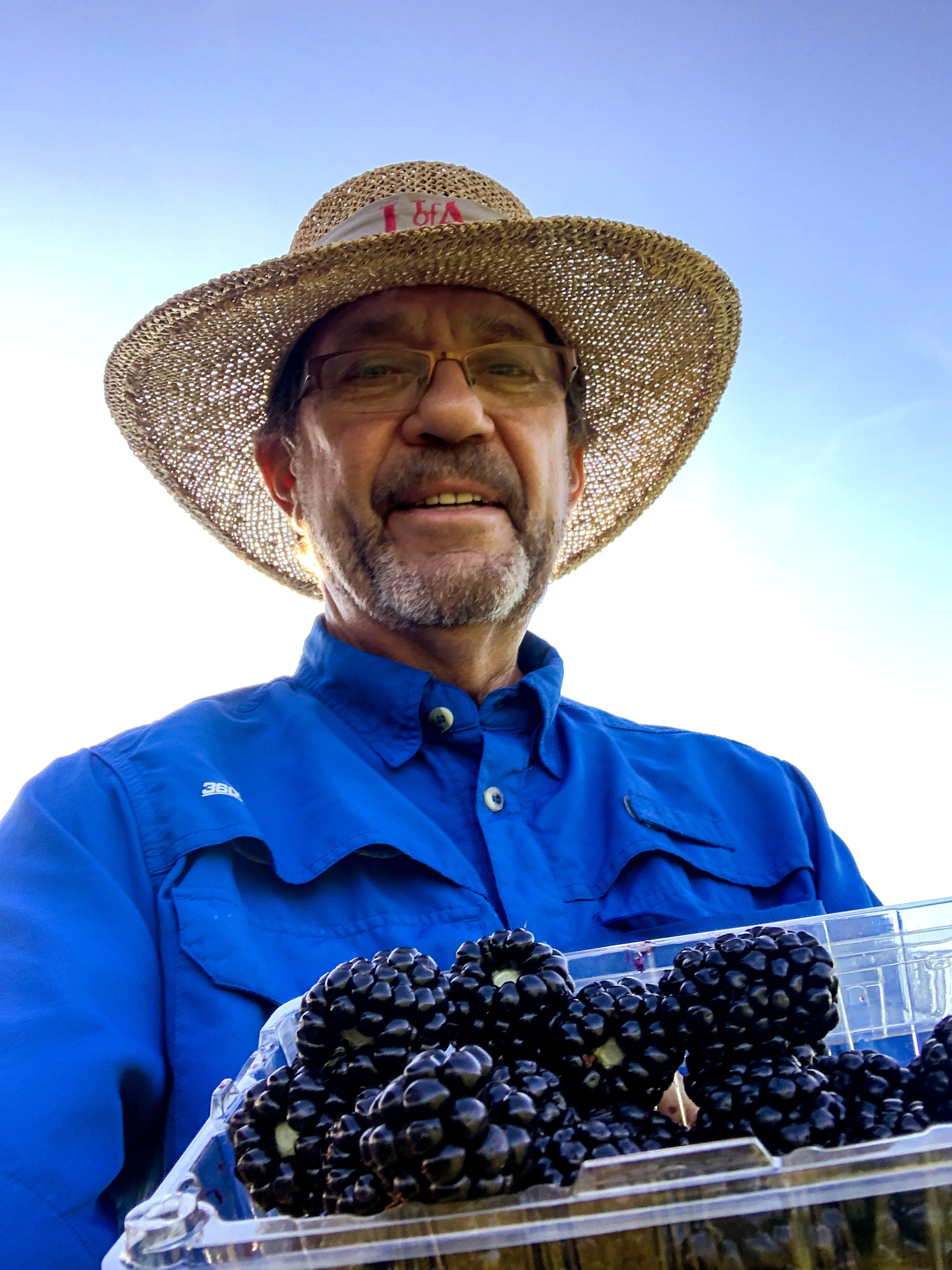 The Outstanding Fruit Cultivar Award recognizes noteworthy achievements in fruit breeding and highlights a modern fruit introduction that has a significant impact on the industry.

The award was presented July 24 during the ASHS Fruit Breeding Professional Interest Group meeting, which was held virtually this year. The award has been presented since 1987 to noteworthy cultivars, according to information on the ASHS website.

“Ouachita has been the most important variety from our fruit breeding program,” said John Clark, Distinguished Professor of Horticulture for the Division of Agriculture, and fruit breeder for the Arkansas Agricultural Experiment Station, the division’s research arm.

Clark said almost 5 million plants have been propagated and sold, based on reports from licensed propagators, who sell the plants to nurseries and commercial fruit farms. An earlier award winner, Navaho, had nearly 2 million plants sold.

“Plant sales are the strongest reflection of its importance,” Clark said.

Sales are a good indicator of popularity with growers and consumers, but Ouachita made significant impacts in other ways, particularly because of its good storage and shipping qualities.

“Ouachita contributed substantially to the establishment of a commercial shipping market blackberry industry in the eastern U.S., especially in the South, in the years following its release in 2003,” Clark said. “It has also been planted in other regions of the U.S., including western, midwestern and northeastern states.”

“The idea of a shipping industry based largely on southern U.S. production developed because of an increase in imported Mexican blackberries in the 1990s to early 2000s,” Clark said. “Shippers wanted to continue marketing blackberries after the Mexican production season ended in late May.”

Ouachita proved to be adapted to widely different growing conditions, allowing its use in many different states.

The first major plantings of Ouachita began in southern Georgia and central Arkansas, Clark said, and expanded to North Carolina, the Midwest and other states as the shipping industry grew. Advances in production technologies, particularly the rotating cross-arm trellis, allowed expansion of blackberry production into regions where the new technologies allowed growers to protect the plants from winter cold in the upper Midwest.

Ouachita has also been planted in western states, particularly in California, he said.

This expansion of the U.S. blackberry shipping markets was possible because of Ouachita’s potential for long-distance shipping, Clark said. “The specific traits of importance were retention of berry firmness, low leakage of berries, and reduced reversion (reddening of drupelets after harvest) compared to other cultivar choices at the time,” he said.

“Ouachita has also been very popular with local-market growers,” Clark said. “This is a substantial use for this variety, especially in Arkansas.”

Another part of Ouachita’s appeal to growers is its proven resistance to double blossom/rosette, a devastating disease that once made commercial blackberry production virtually prohibitive in the South, Clark said.

In its 17th year of production, Ouachita continues to be popular with growers, Clark said. Its third-strongest year for sales was the 2018-2019 planting season.

Ouachita has also been licensed for sale in Japan, several South American countries, Australia, South Africa and Europe, bolstering the Division of Agriculture’s boast that its blackberries are grown on every continent but Antarctica.

The Division of Agriculture fruit breeding program has released 15 floricane-fruiting blackberry varieties and five primocane-fruiting varieties since the program’s inception in 1964. Clark said he and colleague Margaret Worthington, assistant professor and fruit breeder, continue to breed for improvements in sweetness, flavor and storage and shipping qualities.

Worthington is leading genetic research to develop innovations in plant form, shape and size that may offer advantages to growers, Clark said.