MARIANNA, Ark. -- While Arkansas cotton crop management is being complicated by a wide range of planting dates, and though late, the dreaded Fourth of July bollworm moth flight still looms. There are also a handful of other things growers need to keep an eye out for.

“Things are coming on pretty well,” says  Bill Robertson, extension cotton specialist for the University of Arkansas System Division of Agriculture. “Some of our older cotton looks really good. We’ve been blooming for a couple of weeks. It started with good horsepower with a lot at nine to 10 nodes above white-flower at first flower. 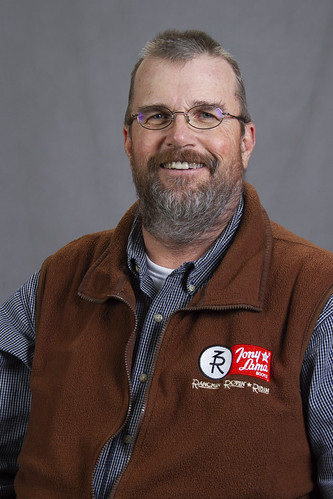 “Some of the younger cotton has struggled a bit and nodes above white-flower won’t be quite as good. But it’ll still be OK.”

The real issue is the cotton crop maturity is “so strung out,” Robertson said. “We’ve had growers with cotton beginning to square along with cotton still at cotyledon. That’s a crazy difference in age but we were only at 50 percent planted going into Memorial Day weekend. During that three-day weekend, everyone who had hands to drive a tractor had them running. That meant a lot of cotton was planted that weekend.”

In March, USDA had Arkansas cotton planting intentions pegged at 580,000 acres. “I really wondered about that with our narrow planting windows. I’m saying ‘windows’ because some folks only had one- to three-day windows to plant. Literally, it would get dry enough to let them plant and then it would rain the next day. We couldn’t get a long string of dry days together,” he said.

“So, I thought by the end of May we’d barely bust 500,000 acres of cotton. Now, I think maybe the 580,000 acres is pretty doggone close. It’ll be interesting to see what the final numbers are. There were a good number of acres intended to be planted to corn that went to cotton.”

Staying on top of weed control in the crop has been a challenge. “That’s the way it always is in an Arkansas spring. A lot of times, by 8:30 a.m. the wind is blowing so hard you can hardly put a sprayer in the field and get the product to get it where you want.

“For the most part, though, when you drive through the countryside looking at cotton, most has really good color. And the cotton is about as clean as I’ve seen in a while.”

A lot of Robertson’s calls on herbicide issues involve tank mixes of “a bunch of stuff with Liberty. We have some cotton that was hammered pretty hard. A lot of it will come out of the damage just fine. There have also been some accidents like getting a little bit of 2,4-D – or at least it looks like that or an auxin – in the tank.”

Spotty rainfall across the Cotton Belt is keeping the cotton crop active. “Last year, it was so dry we needed to water cotton even before layby. It’s tough to water before layby because we poke holes in the polypipe with rigs. Our nodes above white-flower were tight – a lot of fields were running six to seven nodes above – and there wasn’t much cushion for adverse weather during boll-fill.

This year, we keep getting rainfall and our nodes above white-flower is hanging in there really well on nearly all our cotton. The prospect for our younger cotton also looks good. So, if Mother Nature throws us a few 100-degree days at us we’ll in better shape to handle them,” he said.

What about pests?
“Entomologists are saying our Fourth of July bollworm moth flight will come to fruition. At the same time, plant bug numbers, even in our older cotton, are running above threshold. The corn silks are drying down and plant bugs are looking for a new host,” Robertson said.

Robertson said that both he and Gus Lorenz, extension entomologist for the University of Arkansas System Division of Agriculture, are concerned about what they’re hearing about bollworms out of Texas.

Producers may have to go back to thresholds based on bollworm egg counts.

“Obviously, we have a late crop and can’t give up days,” he said. “If the worms come in and we lose some fruit we don’t have the luxury of making it up. So, we really have to watch what’s happening to our south with boll-fill coming quickly.

“For the last few years, we’ve had a good, early crop and good falls. Folks have bumped their nitrogen rates up a little more,” Robertson said. “It is surprising to me the number of folks putting out 130 units of nitrogen on their crop. There’s a ton of data out showing you only need to put out around 90 units.

“When you farm 5,000 acres of cotton you can’t have perfect timing. But we don’t need to have our late cotton to be green and full of horsepower at the end of the season. It’s hard to get those plants mature and to shut down.”