By Mary Hightower
U of A System Division of Agriculture
July 14, 2017

LITTLE ROCK – Youth from Benton, Izard, Washington and White counties have been named finalists for the Governor’s Award, the highest honor bestowed on a 4-H member in Arkansas. 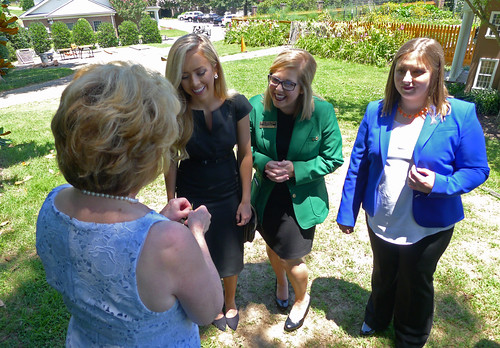 The winner of the Governor’s Award will be named July 26, during the 4-H Awards of Excellence ceremony of the 2017 Arkansas 4-H O’Rama, a three-day event held on the University of Arkansas campus in Fayetteville in which 4-Hers compete in dozens of events for state titles.

More than 500 Arkansas 4-H members from all over the state, who qualified through county and district competitions, are expected on the Fayetteville campus of the University of Arkansas on July 25-27 for one of the biggest gatherings of 4-Her’s in the state. The 4-H Youth Development program is operated by the Cooperative Extension Service, part of the Division of Agriculture.

The finalists were interviewed by judges including: Skip Rutherford, dean of the Clinton School of Public Service; Jim Jackson of the Jackson Law Firm in Little Rock, and Stephanie Neipling, assistant director-external relations for the University of Arkansas System Division of Agriculture.

This year’s Governor’s Award finalists are:

Laurel Mayo, 19, of Benton County. Mayo has been in 4-H for a decade, taking the lead in livestock activities, serving as a 4-H State Officer and being inducted into the Arkansas 4-H Hall of Fame in 2016. She was a state leadership winner in 2014.  “Laurel spends a lot of her time encouraging other members to try new projects, competitions and to go to those many 4-H trips,” said Jessica Street, Benton County extension agent for the University of Arkansas System Division of Agriculture. “The most important message she sends to other 4-Hers is to work hard to achieve their goals and inspire others to do the same.” Mayo is attending the University of Arkansas.

Katie Gardner, 17, of Washington County. Gardner has nine years in 4-H and has demonstrated her leadership in many ways. She was selected to serve on the 2017 Congress Design Team; competed at the 2-17 National Western Round-Up. Washington County Extension Agent Anna Goff also credited Gardner with playing “a key role in persuading (the) Quorum Court to approve funding for our vacant 4-H agent position.” Gardner was also a state winner in performing arts in 2016. She is a recent graduate of Fayetteville High School.

Mary Alice Cole, 18, Izard County. Cole is finishing up her term as state 4-H president. Cole has a sharp eye, winning the state photography contest in 2015. Karla Dement, Izard County extension agent for the Division of Agriculture noted Cole’s leadership and organizational skills: “she is always willing and eager to lead programs whether it be at our County Day Camps, school programs or assisting the Extension Office Staff in starting new 4-H clubs … Mary Alice has been truly dedicated to the 4-H program.” Cole is attending Southern Arkansas University.

Stephanie Williams, 19, White County. In her 14 years in 4-H, Williams has combined her culinary interests and her talent for leadership to reach and inspire others. Williams was the 2010 state winner in food and nutrition. Among her projects was co-writing and publishing a cookbook with her siblings that was used to raise money for a scholarship. Williams has served as a teen star and delegate to the National 4-H ‘Washington Focus, among other events.

“Stephanie has a true heart of service. That is why she wanted to become an ambassador, counselor, and club 4-H officer” said Amy Heck, White County extension agent for the Division of Agriculture. “While she is a true leader, she believes in leading by example and is one of the first people to jump in to get a job done.” Williams attends Arkansas State-Beebe.

The youths who attend the 2017 O’Rama will also hear from Savvy Shields, Miss America 2017, who will be speaking at the event’s opening assembly 3:30 p.m. on Tuesday, July 25, at the Arkansas Union Ballroom on campus. She brings a positive message about her platform, “Eat Better, Live Better.”

Fred Grooms, a third-generation Army veteran, rose to the rank of major despite the difficulties of being dyslexic. After leaving the military, Grooms went on to earn master’s degrees in marketing and education. Today, Grooms travels the country teaching youth about leadership and the lessons that can be learned from failure. Grooms will be the keynote speaking on Wednesday, July 25. He will twice conduct the workshop: “B.A.S.I.C Student Leadership – Lead Because Others Won’t,” on July 26 at 10 a.m. and 2 p.m. in AFLS 107.

For more information about 4-H contact your county extension office. or visit www.uaex.edu.