By Ryan McGeeney
U of A System Division of Agriculture
Jan. 25, 2016

NORTH LITTLE ROCK, Ark. — Researchers with the University of Arkansas System Division of Agriculture have been spreading the gospel of cover crops for more than three years now — and they aren’t about to give up anytime soon. 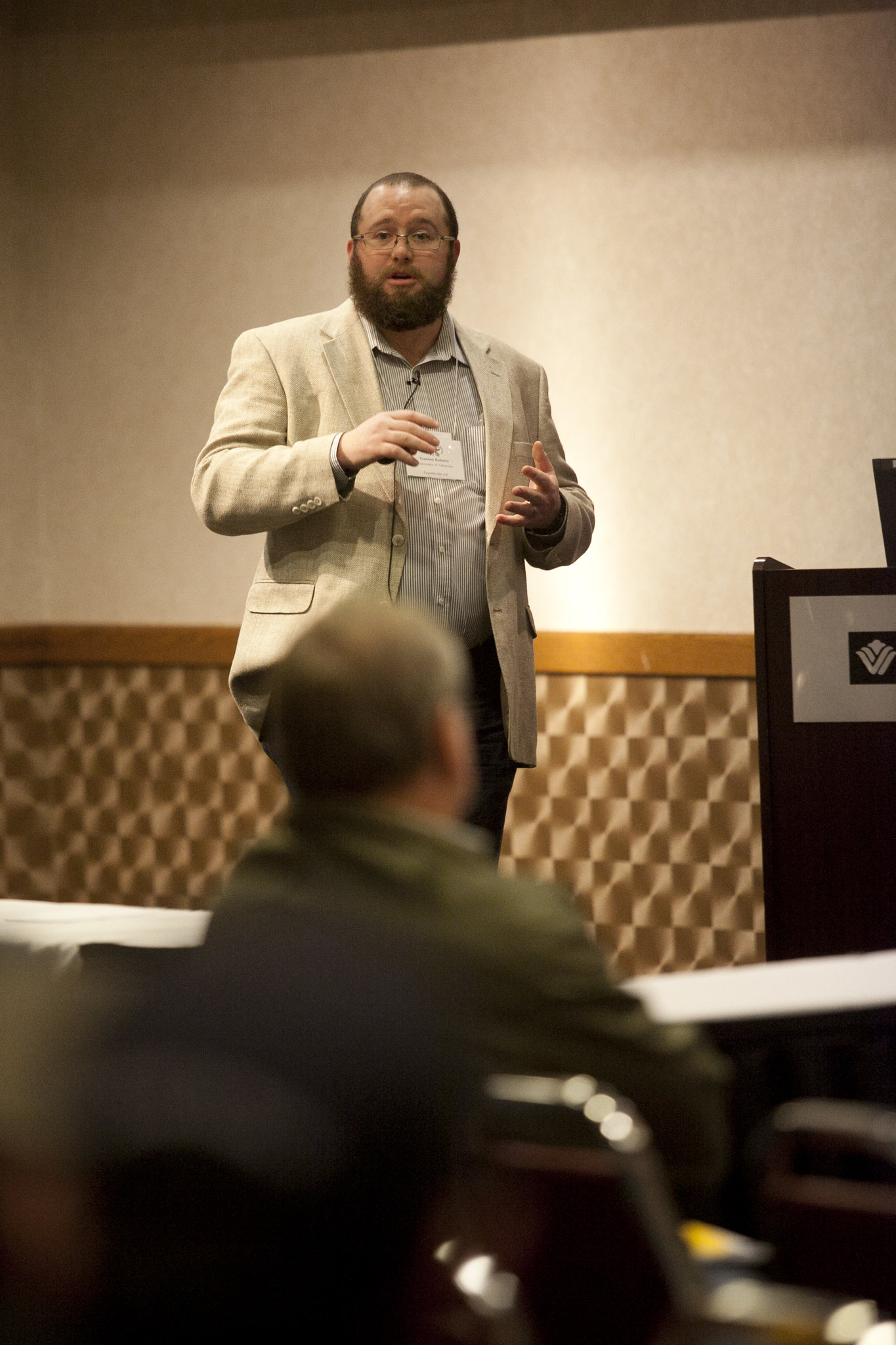 Trent Roberts, assistant professor of crop, soil and environmental science for the University of Arkansas System Division of Agriculture, spoke to a crowd of about 70 people Jan. 20 at the 2016 Arkansas Crop Management Conference in North Little Rock. Over the course of about 45 minutes, he addressed the positive aspects of planting cover crops between production cycles, including nutrient retention and reduction in erosion, leaching and runoff.

“The use of cover crops in Arkansas is definitely still in its infant stages,” Roberts said. “We have a few producers who have introduced cover crops, have been using them for several years and taken their whole farm under cover crops. And their success stories are leading to other interest.”

Roberts said that the primary impediment to the widespread adoption of cover crop use in Arkansas and throughout the mid-South is primarily a matter of timing. Given that the state’s leading crops — rice and soybeans — are harvested at year’s end, growers are left with a relatively short window to plant, grow and terminate cover crops during the fallow period.

Roberts said the potential benefits of cover crops can more than make up for the effort, however.

“I think a lot of people don’t realize what we’re losing when we lose topsoil to erosion,” he said. “A lot of what makes a given soil well-suited for planting one crop over another is right there.

Using cover crops can also simultaneously reduce input costs and nutrient runoff by depositing nitrogen in the soil without the application of fertilizer.

Roberts said cereal rye has been the best cover crop for soybeans in Arkansas research plots.

“It’s far and away the king,” he said. “It’s a workhorse. It’s cheap to establish, in terms of seed costs; it’s easy to kill, as far as termination, and it’s going to be a huge tool for us in our herbicide-resistant weed fight.”

Roberts said the large amount of biomass that the rye creates and maintains on the soil surface helps prevent and eliminate pigweed and other weed seeds from emerging.

“Pigweed in particular relies heavily on sunlight to germinate and when adequate residue is on the soil surface, it will not germinate,” he said. He said some research indicates cereal rye has some allelopathic effects on pigweed seed — releasing a chemical into the soil, preventing pigweed seed emergence.

For corn and rice acreage, Roberts said the Austrian winter pea is a strong choice, and that tillage radish is useful in some crop systems.

The implementation of cover crops in Arkansas hasn’t been without its setbacks. In 2014, soybean growers in Marvell and Phillips counties detected pea weevils, an invasive pest believed to have been brought to Arkansas along with the Austrian winter pea. The weevils were found to stay in fields after the cover crop’s termination, and then attack soybeans. Additionally, use of the peas in corn fields was found to attract stinkbugs.

Roberts said the pests shouldn’t be an issue with proper cover crop management, including terminating the crops at least two weeks prior to planting.

Roberts said his research, which began by determining which cover crops were best-suited for Arkansas, and is now focused on determining best planting and termination dates for cover crops, will eventually shift toward residue management and other aspects of cover crop management.