FAYETTEVILLE, Ark. – Managing weeds to prevent them from competing with forage for water and nutrients is even more important at the time when about half of Arkansas is in drought. 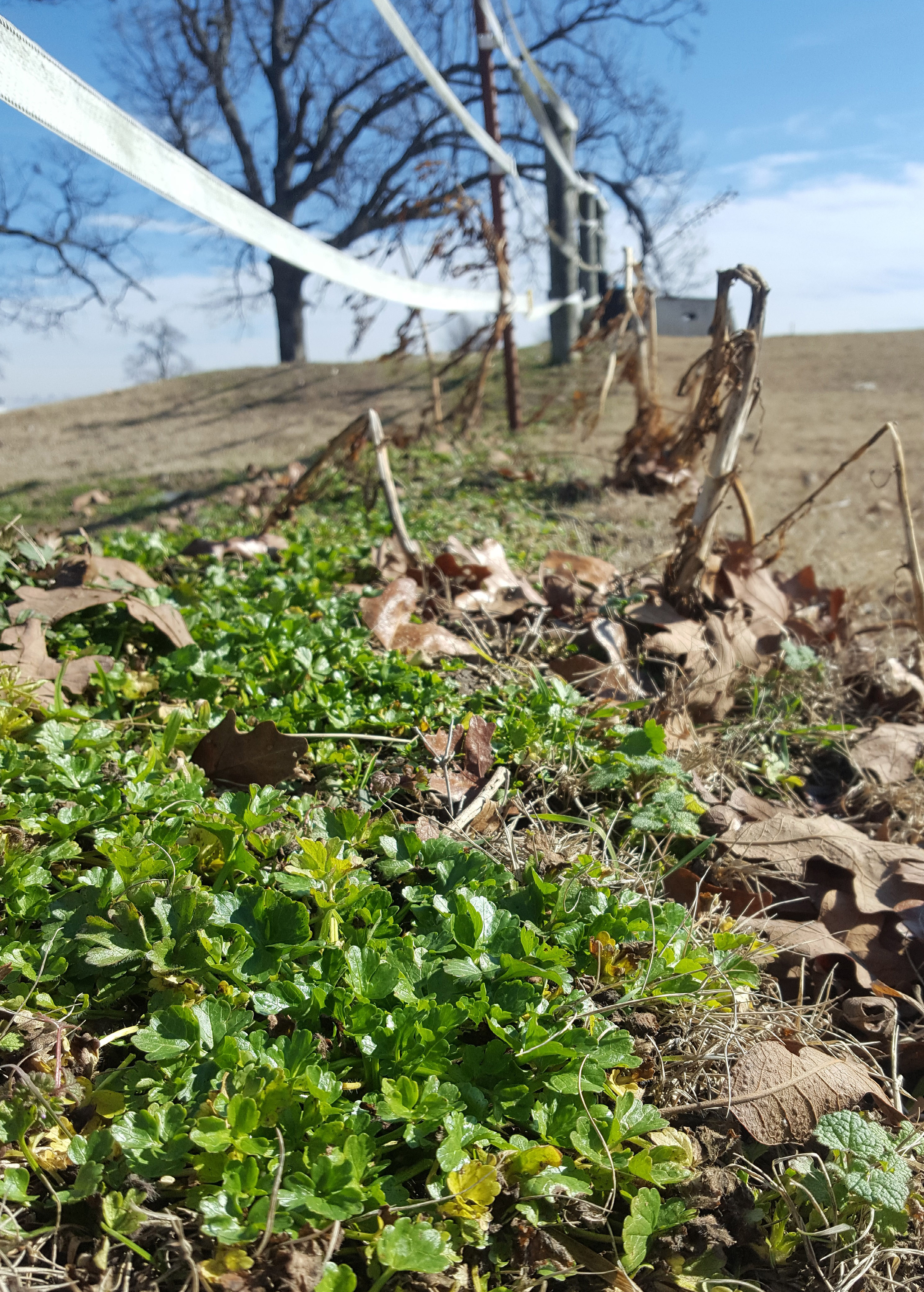 WEED LINE — Henbit and buttercup along a fenceline. Winter is the time to manage these weeds. (U of A System Division of Agriculture photo by Dirk Philipp)

“Winter is weed control time,” said Dirk Philipp, associate professor-animal science for the university of Arkansas System Division of Agriculture. “It is possible, unless it’s freezing, for weeds to be sprayed to clean up perennial warm and cool season pastures with herbicides so you have a clean start into the grazing season.”

“Both weeds will compete for nutrients and water resources at substantial levels if not kept in check,” he said.

At the end of January, about 51 percent of the state had some sort of drought rating, with 12.5 percent of the rated in severe drought and just over 2 percent rated in extreme drought. The most intense drought was in Crawford, Sebastian and Franklin counties.

“Buttercup species can be either annual or perennial and can be toxic to livestock,” he said. “However, because of its taste, is usually left alone by animals.

“Henbit is a low-growing weed and may seem to ‘hide’ among the fescue,” Philipp said.

Philipp said henbit should be treated between mid-December and late February; buttercup in late February, before it flowers.

Since they can appear in fescue, which is green in winter, and bermudagrass, which is dormant during the winter, here are some quick pointers:

A good offense -- planning ahead by optimizing pasture management -- is the best defense against weed encroachment,” Philipp said.