FAYETTEVILLE, Ark. – Winter is hay-feeding time, but do you know the nutritive value of the hay going to your herd?

"Cattle should be fed in an optimum manner and to maintain nutritional requirements depending on age and growth stage,” said Dirk Philipp, associate professor-animal science for the University of Arkansas System Division of Agriculture. “Maintaining body condition is important to get animals through the winter and have a good start into the grazing season.”

The only way to know what’s in your hay is to sample it and have it analyzed. 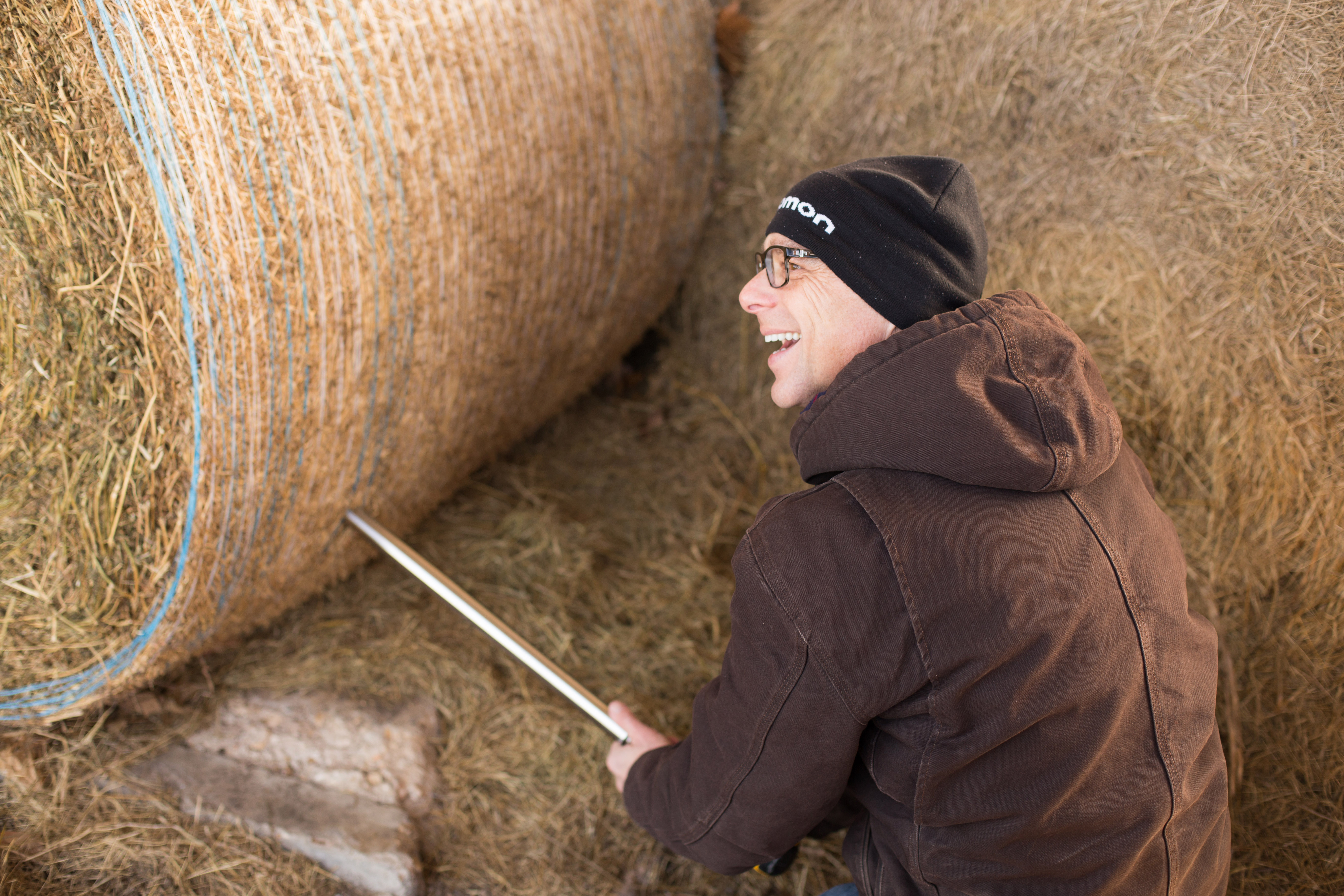 TO THE CORE — Dirk Philipp, associate professor-animal science, sampling hay from a round bale. (U of A System Division of Agriculture Image by Lauren Husband. )

“An in-depth analysis of your hay will help feed cattle the right way and will also determine whether or not producers need purchase any additional feed concentrate” to make up for nutrients that might be missing from the hay he said.

Another reason to test is if you’re a hay producer for a specific market such as horses. “It’s imperative that nutritive values are consistent to maintain market position,” Philipp said.

Sampling is easy and there just a few rules to follow to do it correctly. Producers can create composite samples, as long as samples are taken from a defined group of bales – ideally ones from the same field, the same forage base and same cutting dates.

“It helps to visually divide your bales in to lots, grouping them according to where they were cut, their forage type, etc.,” Philipp said. “To obtain a representative sample, take samples from several bales – at least five from a lot of 20-30 bales. If you’re testing a group of 100 bales, be sure to sample at least 15 to 20 bales from that lot.

“Producers know their fields and the hay obtained from them, so they will know which bales are truly representative,” he said.

Philipp said a “Penn State” sampler with the replaceable serrated tip works well and the techniques employed are essentially the same for both round and square bales.

2 – Push the core sampler all the way towards the center of the bale.

3 – When sampling a round bale, sample from the rounded side, not the flat side. Take samples from below the midline, so rainwater doesn’t flow into the holes as easily if the bales are being stored outside. When working with a square bale, take the sample from the side.

4 – Be sure you have enough cores to create a composite that’s one-half to 1 pound total.

5 – Put your samples in a plastic zip-top bag and ship it to the lab of your choice.