FAYETTEVILLE, Ark. — The University of Arkansas System Division of Agriculture has licensed two commercially released rice varieties to an Arkansas seed company that will market them to growers in time for the 2021 growing season. 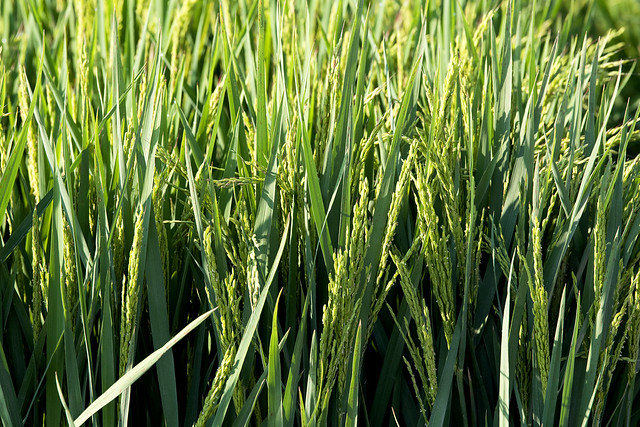 “RU1701081 has traditional long-grain cooking quality, low chalk and can withstand the common rice blast races,” said Karen Moldenhauer, rice breeder for the Arkansas Agricultural Experiment Station, the research arm of the Division of Agriculture. “It has a very similar yield to LaKast.”

RU1701081 was not released because it would have duplicated the advantages available from Jewel, Moldenhauer said. “But it is still a good variety for which a lot of testing has occurred, so it’s being made available for those who might want it,” she said.

“RU1701084 is a very high yielding variety, but not very different from Diamond, which had just been released,” Moldenhauer said. “Again, it’s a very good variety with lots of data and it is also being made available to those who might want it.”

Some of those lines, however, offer particular advantages for growers in some growing areas.

“We’ve decided to offer some of these breeding lines as commercially released varieties, under exclusive license to a single company, for two reasons,” Carlin said. “They offer growers more options in some parts of the state, and offering them for license helps recoup some of the investment we’ve made in advancing them to this stage of development.”

The division sells its public rice varieties at cost to many seed companies that, in turn, sell them to growers. Carlin said the Division of Agriculture receives no royalties from public varieties.

Erwin-Keith Inc. will rename and market the rice seed under the Progeny Ag label, said Nathan Cook, general manager. “These will be the first rice seed products we sell with our own brand,” he said.

Progeny Ag is the seed brand for Erwin-Keith Inc., Cook said. The company has long offered its own brands of soybeans, corn and wheat. It also sells other brands of rice seed, including U of A System Division of Agriculture public varieties.

Erwin-Keith Inc./Progeny Ag was selected as the distributor for the commercially released varieties based on proposals submitted by several seed companies, Carlin said. The Division of Agriculture’s Foundation Seed Program will produce foundation seed annually for RU1701081 and RU1701084, Carlin said. Erwin-Keith Inc./Progeny Ag will purchase the foundation seed and grow certified seed from it for sale to rice growers.

Developing rice varieties — which take years of crossing, testing and advancing — is costly, Carlin said. Offering some advanced lines as commercial varieties to growers who can use them will help recover some of that cost.

“Many years ago, the producer community realized the value of research,” said Roger Pohlner, ARRPB chairman. “They initiated the rice check-off program to fund research for better yields and more economical production practices as well as market promotion to enhance the price realized for their crops in the market place.

“The Arkansas Rice Research and Promotion Board administers these check-off funds for both research and promotion,” Pohlner said. “High on the list of priorities for this board is new variety development. The goal is to find higher-yielding varieties that can be produced more economically in an environmentally friendly manner.”

Pohlner said the money the rice board receives from commercially released varieties will go right back into the program.

“The Rice Research and Promotion Board intends to use these proceeds to fund additional research that accomplishes the objectives of the board and meets the needs of rice producers in the state of Arkansas,” Pohlner said.

“The additional money from commercial varieties will help us to broaden the breeding and research programs,” Carlin said. “It will help us to bring more improved varieties into production to help rice farmers sustain both agriculture and profitability.”