By Hardin Young, Manager of Executive Communications
U of A University Relations

FAYETTEVILLE, Ark. — “Build a better mousetrap, and the world will beat a path to your door,” goes the adage. 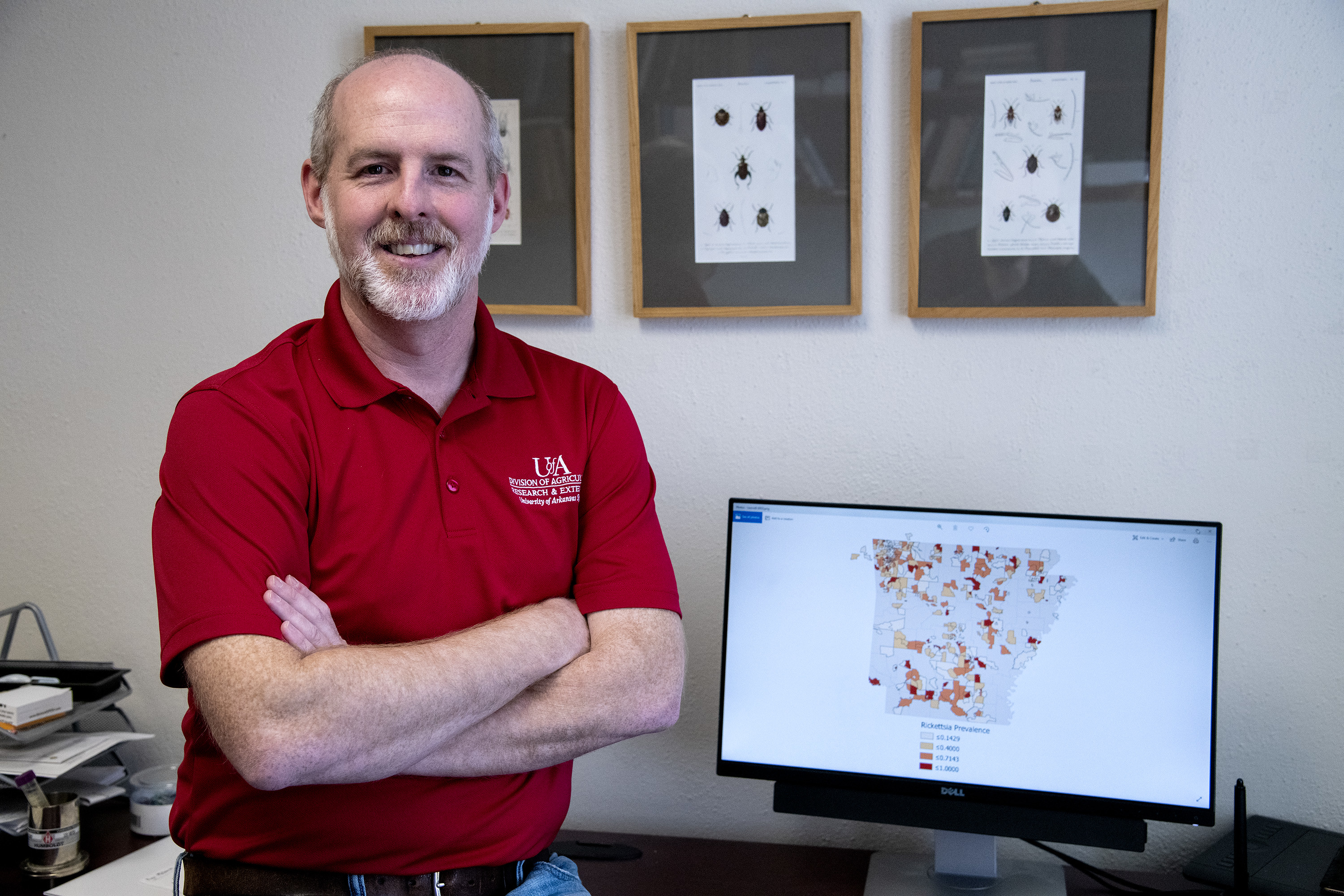 Ashley Dowling, professor of entomology for the University of Arkansas System Division of Agriculture and Dale Bumpers College of Agricultural, Food and Life Sciences, and Khoa Luu, assistant professor of computer science and computer engineering at the University of Arkansas, aren’t trying to build a better mouse trap, but they are trying to build a better insect trap.

For their efforts, they were recently awarded almost $75,000 as part of a grant from the National Science Foundation’s Small Business Innovation Research program.

This sub-award comes from a larger grant of $225,000 awarded to SolaRid AR, an Arkansas-based agtech company developing a “smart insect control system.” Artificial intelligence developed by Dowling and Luu will be used to identify and count a wide range of insects, process the appropriate data and send the information to users through handheld devices.

Done in real-time, this information will be indispensable to the early identification and ultimate control of pests. For now, the hard part is building the database of insects the system needs to recognize and eventually miniaturizing the system so that it can be easily deployed and run off the solar cells that power Solarid’s insect traps.

The SBIR grant reflects a cumulation of smaller successes for the two researchers. First, SolaRid was connected to Dowling and Luu through the office of Industry and Innovation Partnerships. As Dowling explains it, “SolarRid put out a call through Cynthia Sides (the director of Industry and Innovation Partnerships) for a number of projects they were interested in. One of them happened to be for automated ID and counting of pest insects that came into their traps. Since Khoa and I had talked about insect ID with AI, I went to SolaRid to see what they were looking for. It seemed like a good opportunity.”

Dowling and Luu then applied for a grant from the Chancellor’s Commercialization Fund. This fund was established to support researchers “progressing technologies toward real-world applications, providing critical commercially-relevant data or developing working prototypes.” To show there was strong industry interest, SolaRid offered to invest roughly $10,000 in their research, and the interdisciplinary team was subsequently awarded a grant of $49,523 from the Chancellor’s Fund.

These funds were largely used to invest in human capital: graduate and undergraduate students. Luu works with students involved with development and refinement of the AI system while Dowling works with students involved with insect identification and fieldwork. This foundation was a significant factor in SolaRid’s ability to leverage the larger SBIR award.

Randy Sasaki, SolaRid project administrator, stated, “the open-door and guidance by Dr. Sides created our opportunity. The knowledge and professionalism displayed by the grant’s office, administrators, coupled with the “can-do” attitude of both Dr. Dowling and Dr. Luu, based on expertise enabled the National Science Foundation award, will greatly contribute to the economic development of the state of Arkansas.”

Dowling and Luu also recently won an additional grant of $94,794 from the Chancellor’s Innovation and Collaboration Fund. Similar to their NSF-funded work, the duo proposes to expand the use of AI to biodiversity and ecological studies by accelerating the time, and minimizing the expertise, needed to identify arthropods in a given sample (predominantly gathered from leaf litter or a pitfall trap).

Luu remarked of the technology, “When you move to AI design, in the first version you can detect 10 types of insects. Later can you just upgrade the software and this goes to up to 20 or 30. It’s very convenient and easy to deploy.”

In their proposal for the commercialization grant, Dowling and Luu noted their technology will have applications well beyond the scope of pest control, stating it “will have the ability to continually learn new identifications and refine existing diagnostic concepts. This will make this system marketable not only for industry applications like insect traps and monitoring systems, but also to museum arthropod collections, consultant services that identify insects (e.g., insect samples used for monitoring water quality), and researchers that don’t have the expertise to accurately identify the insects in their study systems.”

Can it be long before the world is beating a path to their door?