FAYETTEVILLE, Ark. — Alfred E. “Al” Einert, who established the ornamental horticulture teaching and research programs at the University of Arkansas System Division of Agriculture and the U of A’s Dale Bumpers College of Agricultural, Food and Life Sciences, died Aug. 22 in Fayetteville. He was 79. 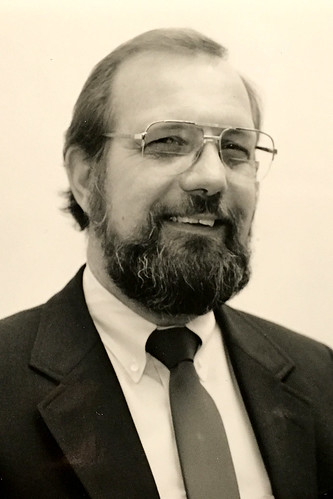 For more than three decades, beginning in 1970, Einert coordinated the landscape design and urban horticulture teaching program for the Bumpers College department of horticulture. He intitiated programs to assist nursery and horticultural industries in Arkansas and taught the basic principles and practices in landscape design, landscape construction techniques and wood plant identification.

A native of Norwood, New Jersey, Einert developed his passion for landscape architecture from a love of nature, agriculture and art.

In 1987, Einert took over the Undergraduate Honors Program for Bumpers College. In the 1990s, he worked with Roy Rom and Curt Rom to develop a “freshman experience” program in the department of horticulture and forestry. Shortly after that, Einert developed an upper-level course in landscape and turfgrass management that was team-taught with the department of agronomy.

Einert received the Arkansas Alumni Association Distinguished Faculty Achievement Award for Teaching in 1987 and the John W. White Outstanding Teaching Award in 1988. He retired in 1999.

About the Dale Bumpers College of Agricultural, Food and Life Sciences: Bumpers College provides life-changing opportunities to position and prepare graduates who will be leaders in the businesses associated with foods, family, the environment, agriculture, sustainability and human quality of life; and who will be first-choice candidates of employers looking for leaders, innovators, policy makers and entrepreneurs. The college is named for Dale Bumpers, former Arkansas governor and longtime U.S. senator who made the state prominent in national and international agriculture.Media Contact: Mary Hightower