Dicamba in Arkansas - Research and FAQs

Weed scientists for the University of Arkansas System Division of Agriculture gave presentations on their research at a field day, Aug. 8, 2017, at the Northeast Research and Extension Center in Keiser. Full-length versions of their presentations are available below. A summary of the field day is also available.

Background on dicamba in Arkansas

The Arkansas State Plant Board has regulatory authority in this matter and can address questions of that nature. The plant board's dicamba information is available.

Can I use dicamba? 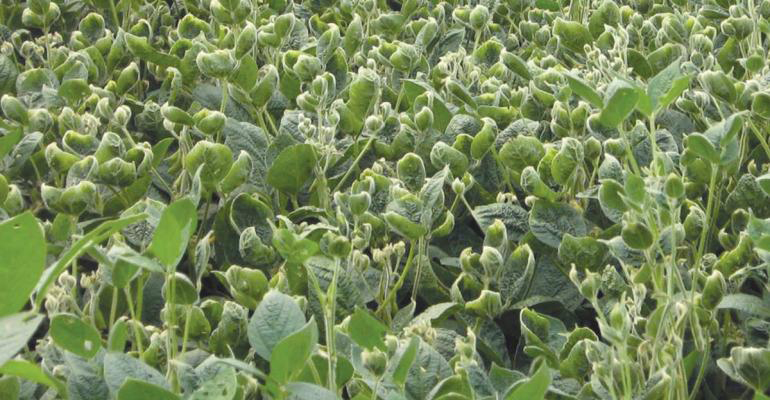 CUPPED LEAVES — Soybeans showing the cupped leaves which are a symptom of dicamba injury. File photo. (U of A System Division of Agriculture)

In deciding whether to replant, growers can make use of the SOYRISK decision making tool, one of several decision tools available for download.

Based on a pair of studies, replanting this late in the season (early July) would potential have a greater yield reduction than keeping an herbicide-injured soybean field.

Is there something I can do to help injured soybeans recover?

There is no miracle cure. The most important point is not to add any more stress to plants that are already stressed. The soybean plants’ ability to recover is related to the growth stage at which it was affected, how many times it received injuries and the severity of the injuries. It’s likely to be worse for soybeans with later planting dates.